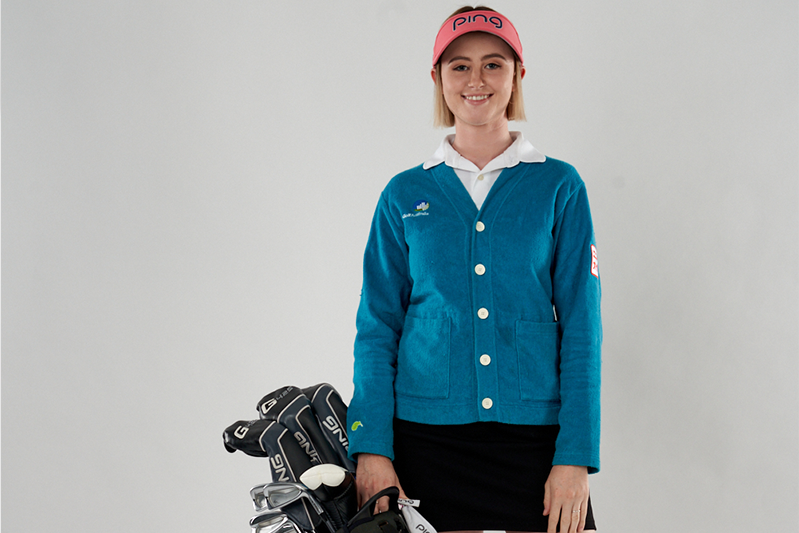 Queensland’s Karis Davidson will join the growing band of Aussies plying their trade in the US in 2022 after advancing to the LPGA Tour’s Q-Series at Stage II of Qualifying School in Florida.

Two days after Jason Scrivener and Justin Warren guaranteed themselves status in the US by moving through to the final stage of the Korn Ferry Tour qualifying school, Davidson was the lone Australian to finish in the top 45 at Second Stage of the LPGA Tour Qualifying School in Florida.

A regular on the Japan LPGA since 2018, Davidson has based herself in the US in recent weeks and came close to qualifying for an LPGA Tour event.

That experience seemed to come to the fore at Plantation Golf and Country Club as Davidson kept the nerves in check to close with successive rounds of 72 and a tie for 25th, three shots inside the cut-off line.

Davidson will now tee it up in the LPGA Tour Q-Series starting November 29, a two-week cumulative tournament that will award the top-45 finishers status on the LPGA Tour in 2022.

Gabriela Ruffels and Hira Naveed failed to advance in the cruellest of fashions, falling one shot short and left to rue a triple bogey and double bogey respectively in the fourth and final round.

The consolation for Ruffels, Naveed, Julienne Soo, Grace Kim, Kirsty Hodgkins, Soo Jin Lee, Stephanie Na, Emily Mahar and Kiwi Amelia Garvey is that by playing all four rounds at Second Stage they have secured status on the secondary Symetra Tour for 2022.

But it was heartbreak for rookie professional Stephanie Bunque who was disqualified in round one after self-reporting multiple rule violations concerning slope capabilities on distance-measuring devices.

A double bogey on the opening hole of her final round cruelled Minjee Lee’s hopes of a late Sunday charge at the BMW Ladies Championship, closing with a 1-under par round of 71 to finish tied for 12th.

Matt Jones recorded his first top-20 finish since his Honda Classic victory in March with a tie for 18th at the ZOZO Championship in Japan, Scott Hend also notching a top-20 result at the European Tour’s Mallorca Open in Spain.

While the Aussies may not have been overly prominent on leaderboards across the globe it was a superb week for the Kiwis.

Daniel Hillier took a step towards securing his future on the European Tour with a breakthrough win at the Challenge Tour’s Challenge Costa Brava, Lydia Ko was tied for third at the BMW Ladies Championship and Steven Alker registered his sixth top-10 finish in seven starts on the Champions Tour with a tie for fourth at the Dominion Energy Charity Classic.