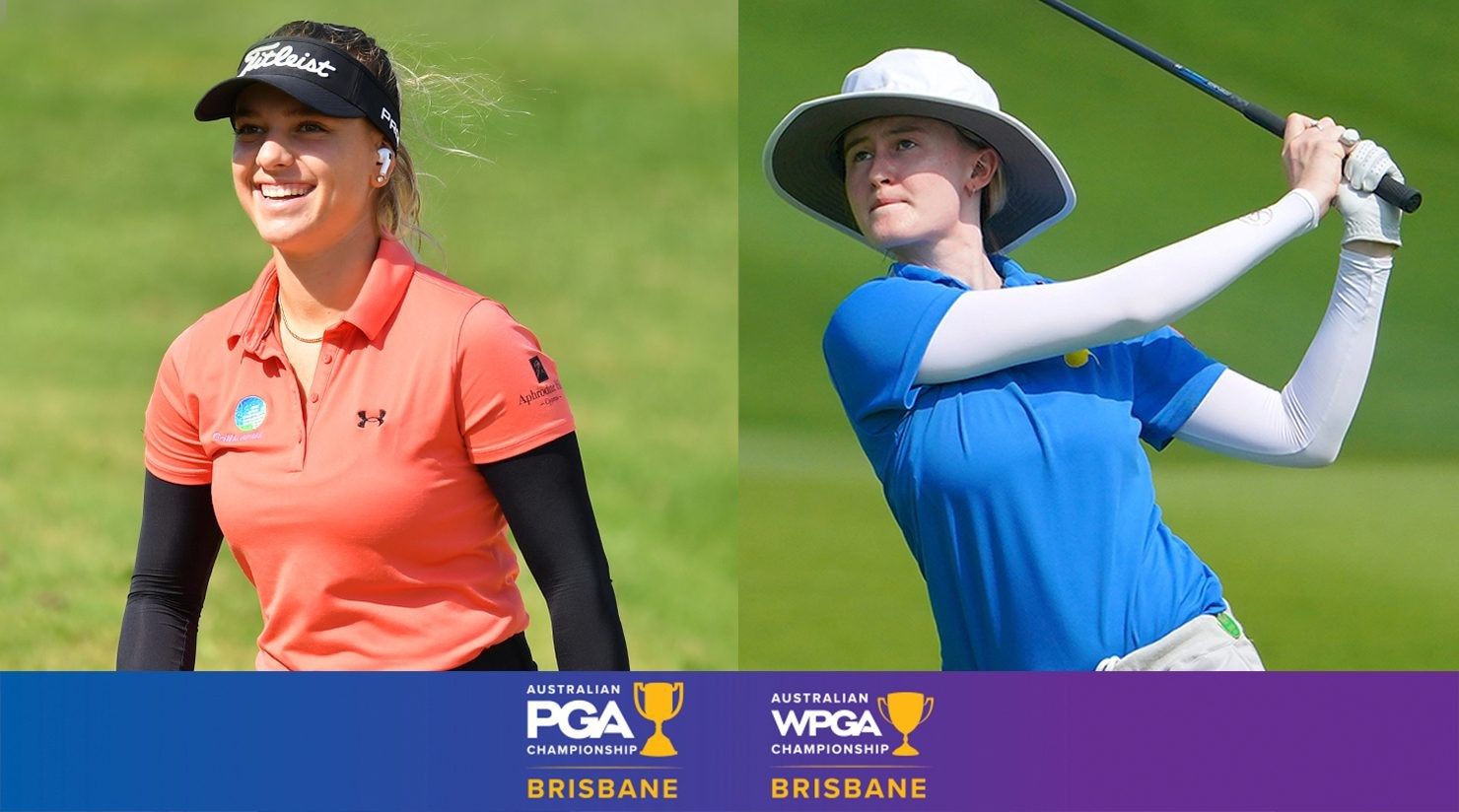 Australia’s two newest inductees onto the lucrative LPGA Tour have been added to the field for the inaugural Australian WPGA Championship at Royal Queensland Golf Club in January.

Sydney’s Stephanie Kyriacou and Queensland’s Karis Davidson will join the field of 24 to contest the Karrie Webb Cup, the tournament to be played concurrently with the  Australian PGA Championship from January 13-16.

Both Kyriacou and Davidson recently earned their LPGA Tour cards at the gruelling eight-round Q-Series and represent the exciting new wave of female Australian golfers making their way on the world’s biggest tours.

The Australian WPGA Championship is a new addition to the WPGA Tour of Australasia schedule and CEO Karen Lunn says the support of Australia’s best young players will ensure the tournament has a bright future.

“To see Steph and Karis both earn their LPGA Tour cards was a very exciting moment for Australian golf and we are thrilled that they will now be part of the inaugural Australian WPGA Championship,” Lunn said.

“There is a wonderful group of girls now making their way in the professional ranks and I know golf fans will enjoy seeing them in action in Brisbane in January.

“Starting a new tournament is always dependent on the support of the players and with Steph and Karis now confirmed the WPGA Championship is off to a very bright start.”

With a hectic international schedule Kyriacou has had limited opportunities to play in Australia since winning the Australian Ladies Classic at Bonville in February 2020 and is thrilled that her 2022 season will start on home soil.

“It will be nice to compete at home before I have to leave again for the start of the LPGA Tour season,” said Kyriacou, whose second Ladies European Tour title came at the Big Green Egg Open in July.

“It’s going to be a great way to get my year underway and hopefully I’ll leave Royal Queensland with the Karrie Webb Cup.”

Born in Scotland but now a Gold Coast resident, Davidson has played on the Japan LPGA Tour since 2018 but made her way through two stages of qualifying in the second half of this year to earn her LPGA Tour card for 2022.

Given her lack of playing opportunities the past two years the 23-year-old will use the WPGA Championship as a lead-in to her rookie season on the LPGA Tour.

“It’s going to be great. It’s only an hour up the road so I think my mum and dad and my brother and a few other friends are going to come and watch,” said Davidson, who is currently in home quarantine following her return from the US.

“I’ve only played Royal Queensland a couple of times in the past few years so if a few of my mates want a game early in the new year I’ll head up and familiarise myself with the course again.

“With Hannah (Green) and Steph in the field it’s going to be tough to win but it’s exactly what I need heading into my first season on the LPGA Tour.”

“The Australian WPGA Championship will be inspirational for young girls and women playing in the game.

“Securing the WPGA and PGA is a major win for this summer’s It’s Live! in Queensland events calendar.

“The WPGA and PGA championships will bring support crew and spectators to Brisbane which is good news for accommodation, transport, and catering operators and our visitor economy.”

World No.49 Min Woo Lee and 2006 US Open champion Geoff Ogilvy are confirmed starters in the men’s field with the winner of both tournaments to receive $180,000 in prize money.

“While these two tournaments will be run as separate events across the four days it is another opportunity for Aussie golf fans to see our leading men and women at the one event.

“Border restrictions have made staging events challenging but these tournaments will mark an exciting step forward for the PGA Tour of Australasia and provide our players with the stage to display their talents.”