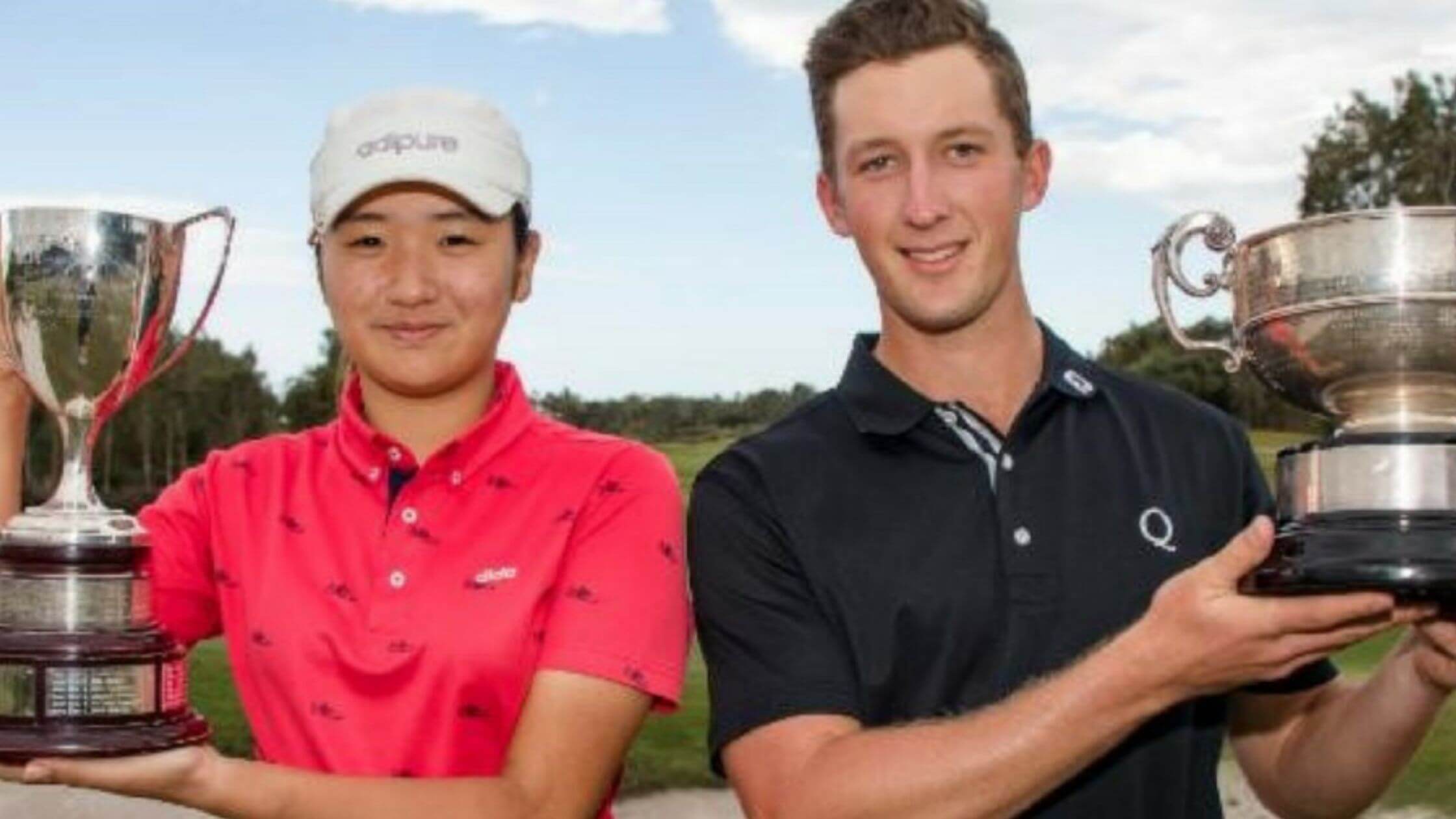 And 14-year-old Hye Park, of Royal Pines, is his female contemporary after beating Min Kweon in a see-sawing final played out in windy conditions this afternoon at Bribie Island's Pacific Harbour course.

Klein, who was runner-up in last year's event to Dylan Perry, is just the second Queenslander to have won his own state title in the past eight years. The two-year Queensland Men's State Team member and current Redcliffe club champion, Klein beat New Zealander Inia Logan 2&1 in a final that looked to be his after he won two of the opening three holes.

But the situation became a little tighter at the turn for the 2014 Golf Queensland Junior Male Amateur Golfer of the Year, and although the contest was back to square at the tenth, he still felt he was in control.

"I always thought I had the momentum with me," said Klein.

"My game has been in great shape all week and I hit some really good shots today."

While Klein is an experienced 19-year-old golfer with four years representing Queensland in inter-state events on his CV, Hye Park is at the opposite end of the golfing scale.

A Year Seven student at Trinity College on the Gold Coast, she has been living in Australia just this year under the tutelage of Nancy Harvey at Royal Pines. Hye started playing golf in Korea at age eight, and since moving to Australia has lowered her handicap from four to scratch.

And although she won her first major title finishing with two bogeys, she was proud of the manner in which she bounced back from a poor start.

"I lost the second and third holes - I was very nervous," she said, conceding her putting in the final had been 'just okay'.

"But I drove the ball very well."

Klein paid tribute to his new coach, Wayne Rostrum, who he said had his game 'working a treat'.

"Wayne and I started working together at the start of the year and, apart from helping me with a few swing issues, he has been really good for my mental approach," he said.