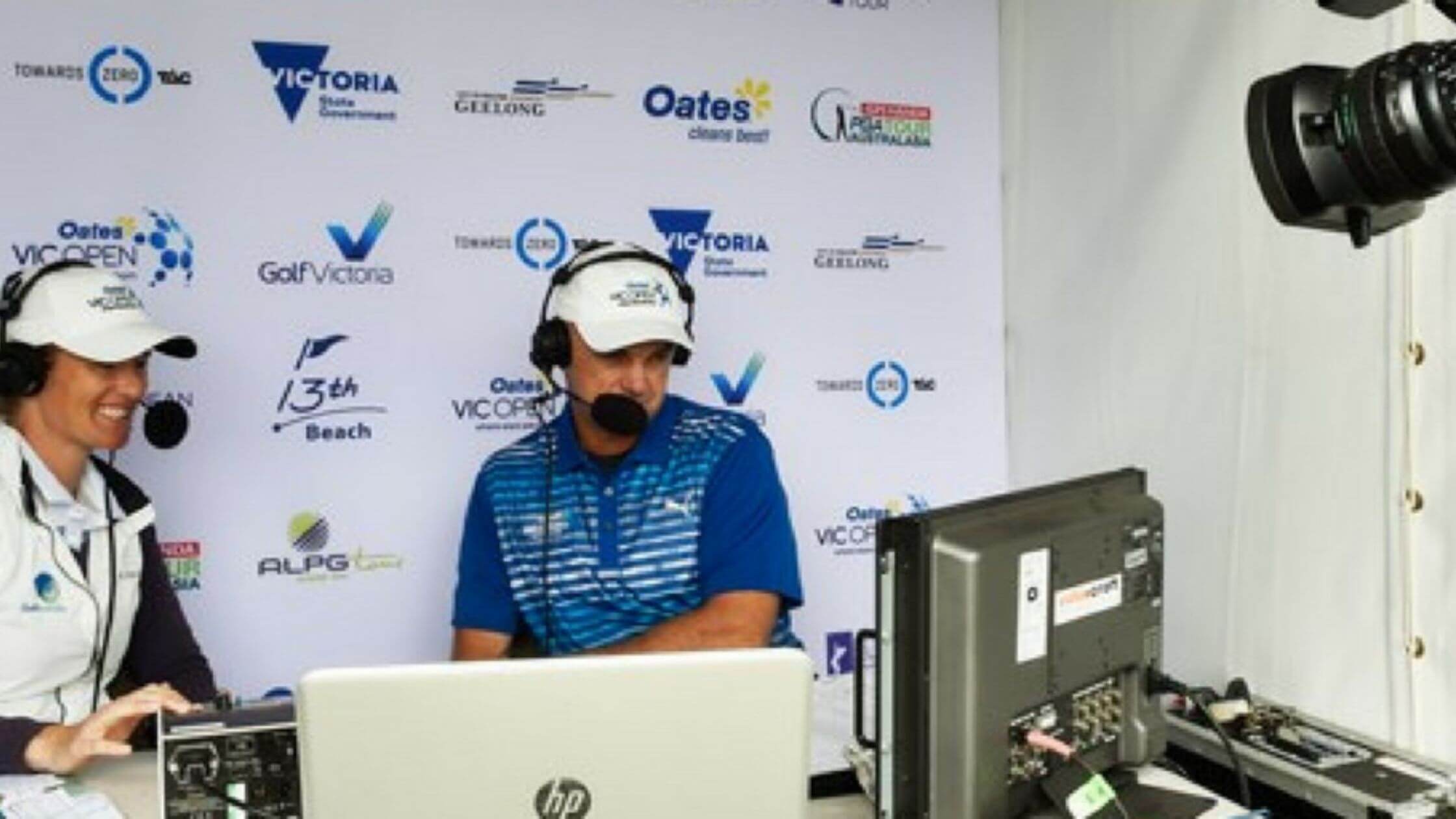 The final two rounds of both the men’s and women’s 2018 Oates Vic Open will be televised internationally in 77 countries and up to 286 million households thanks to the continued partnership between Golf Victoria and the Ladies European Tour.

Australian golf fans won’t miss out either, with the weekend’s action to be broadcast on Fox Sports on February 3 & 4.

Up to 4.4 million households across Australia will be able to tune in to the third and final rounds this weekend as a delayed telecast on Fox Sports 7 from 9:30pm (AEDT) on Saturday and Sunday.

The partnership, in conjunction with German agency U.COM Media and Australian Network Productions, will take the closing stages of Australia’s fastest growing golf tournament to viewers across Europe, North and South America, the Middle East, Africa and Asia.

Thirty-five per cent of viewers of the live stream came from overseas in 2016 and 2017, the high-demand a key factor in the decision to expand the coverage of the Oates Vic Open this year.

As well as broadcasting seven hours of live golf across two days, the partnership will see a 47-minute highlights package produced that encapsulates the drama and storylines from the 2018 Oates Vic Open.

The announcement comes ahead of the seventh staging of the combined men’s and women’s Oates Vic Open and the sixth consecutive trip to 13th Beach Golf Links in Barwon Heads.

Golf Victoria would like to acknowledge the significant contribution of Australian Network Productions, the team responsible for covering the Oates Vic Open since 2013.

For the last five years, ANP has been instrumental in bringing the action from Barwon Heads to family, friends and golf fans around the world, culminating in the birth of the HD live stream in 2016.

Grant Dodd and Alison Whitaker, who have been key components of Channel 7’s Australian golf coverage in recent years, will again anchor the 2017 broadcast from 13th Beach.

Walking the fairways side-by-side with the players and fans will be on-course commentators Sandy Mackenzie and Mark Hayes, plus a variety of special guests.

Golf fans in Australia and around the world without access to any of these channels can again tune in to the HD live stream of the third and fourth rounds at vicopengolf.com and on Golf Victoria’s Facebook page.

The final 36 holes of the men’s and women’s events will be accessible live on mobile, tablet and desktop devices from approximately 12:30pm (AEDST) on Saturday and 11:00am (AEDST) on Sunday until the close of play.

Television coverage will vary from region to region, but the HD live stream means you won’t miss a shot from 13thBeach.

“For the first time the Oates Vic Open will be broadcast live on television across the globe – showing the world just what a perfect destination Victoria is for golf and holidays,” said The Hon. John Eren MP, Victoria’s Minister for Sport.

“It really will highlight the work the Andrews Labor Government has done to secure our reputation as Australia’s home of golf – we’ve already locked in the Presidents Cup in 2019 and the Australia Open in 2020 and 2022.”

City of Greater Geelong Mayor Bruce Harwood is also looking forward to the Bellarine Peninsula being broadcast across the globe.

“News that the 2018 Oates Vic Open will be broadcast around Australia and internationally is a tremendous boost for our region, providing worldwide exposure to the spectacular 13th Beach Golf Links and surrounds,” said Mayor Harwood.

“It also further stamps the tournament as a truly world class sporting event. With a strong field of leading male and female players, the Oates Vic Open will be must see golf, and the City of Greater Geelong is proud to be a sponsor.”

The Oates Vic Open is the only golf tournament of its kind around the world, where the men’s and women’s fields compete on the same courses, at the same time, for an equal share of the prize money.

Find out more about the 2018 Oates Vic Open at www.vicopengolf.com.