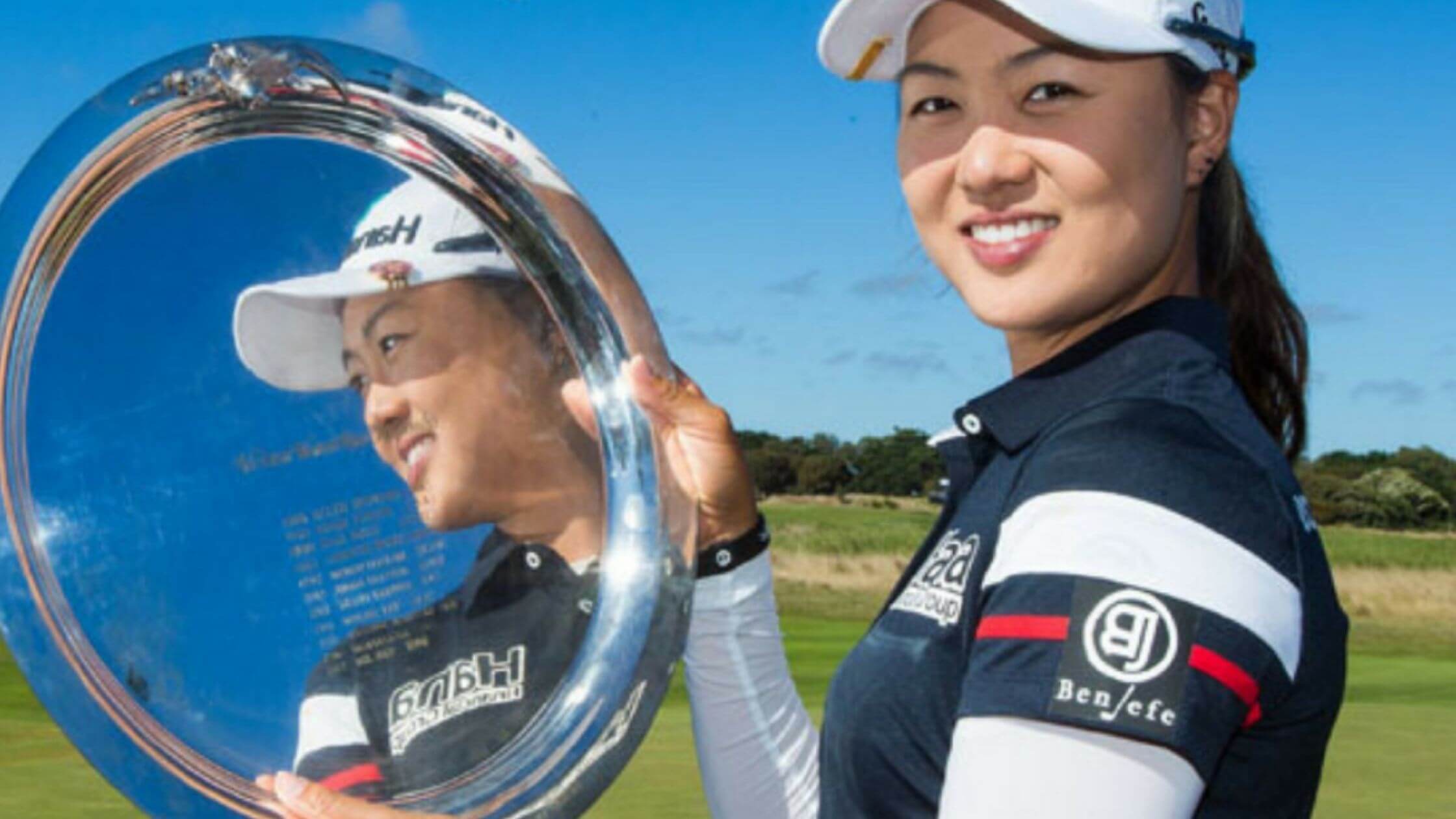 Australian Minjee Lee fired a final round of six-under-par 67 at 13th Beach Golf Links on Sunday to win the Women’s Oates Vic Open, the first tournament of the year on the Ladies European Tour.

The 21-year-old from Perth birdied the par-5 18th on the Beach Course in front of huge crowds for a total of 279, 13-under-par, five better than 19-year-old rookie Karis Davidson, who closed with a 71. The Scottish-born Queenslander was delighted to finish second in her first tournament as a professional. Another Australian, Hannah Green, bogeyed the last to slip into joint third place with England’s Georgia Hall.

“I was a little bit nervous out there, coming down the stretch, but I think I put that pressure on myself, so it’s nice to come out with a win,” said Lee, who claimed the Oates Vic Open for a second time, having previously won in 2014 as an amateur, aged 17. 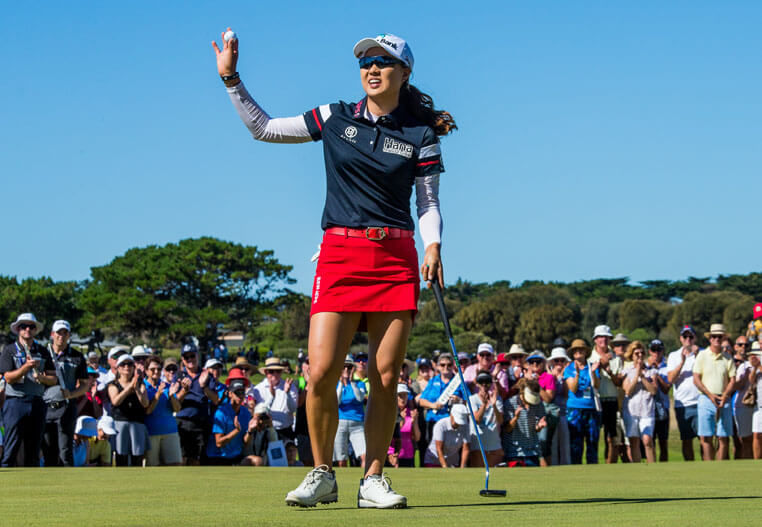 This was her fourth win as a professional, following three wins on the LPGA from 2015-2016 and she added: “I don’t think I’ve won at home since the Vic Open so it’s really nice to win in Australia again.”

The world number 20 began the final round with a one stroke lead over Davidson, but she was four-under through seven holes and had moved four strokes clear with a birdie and an eagle on the fourth and fifth holes. From that point on, she never gave the other players a chance. She and Davidson both birdied the short seventh and although Lee dropped a shot at the par-4 eighth, but she put on a clinical display of controlled ball-striking on the back nine, picking up birdies on the 14th, 15thand 18th holes in beautiful, sunny conditions.

Her mother and brother Min Woo, who was playing in the men’s Oates Vic Open, running on the same course concurrently, were both there to celebrate with her.

She said afterwards: “I won this tournament as an amateur and its great to come back and do it as a pro. Twice is a charm! Obviously playing with the men is a different concept and its great. Look how many people are out here. I love coming back here and I will definitely try to get back next year. Its great with all the people walking up the fairways as well.” 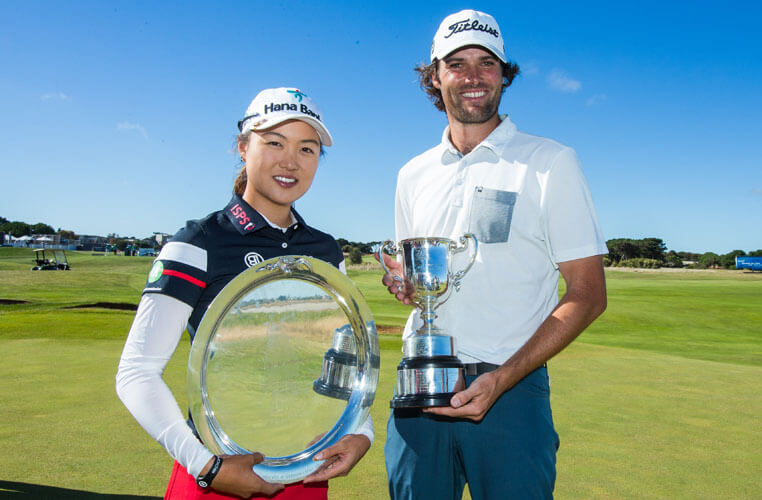 In the men’s Oates Vic Open being played over the same golf course, in alternate tee times with the women, Tasmanian Simon Hawkes won with a birdie on the first extra hole to deny Harrison Endycott, from the PGA Tour of Australasia.

Hawkes said afterwards: “This is my second year here and Michael Clayton said something like, people think this is one of the best tournaments in Australia, and I truly believe that as well. Every year I come down here it’s just getting better and better and better. The support we get here is phenomenal for the boys and the girls.”

Commenting on the innovative event, Mark Lichtenhein, chairman of the Ladies European Tour, said: “The Oates Vic Open was not only a superb tournament, but also a strong statement to start the 2018 Ladies European Tour season and we applaud Golf Victoria’s tireless work to create a unique golfing experience for the players and fans alike. Golf is a game that men, women, seniors and juniors play together and as a tour we are proud to be involved with a co-located tournament where men and women compete on equal terms, for the same prize money. By working in conjunction with Golf Victoria and our fellow tours, the Australian Ladies Professional Golf and the PGA Tour of Australasia, we are delighted to have been able to showcase the event to a worldwide audience through LET’s distribution network. We will continue to strive for further innovation and the growth of this progressive event.” 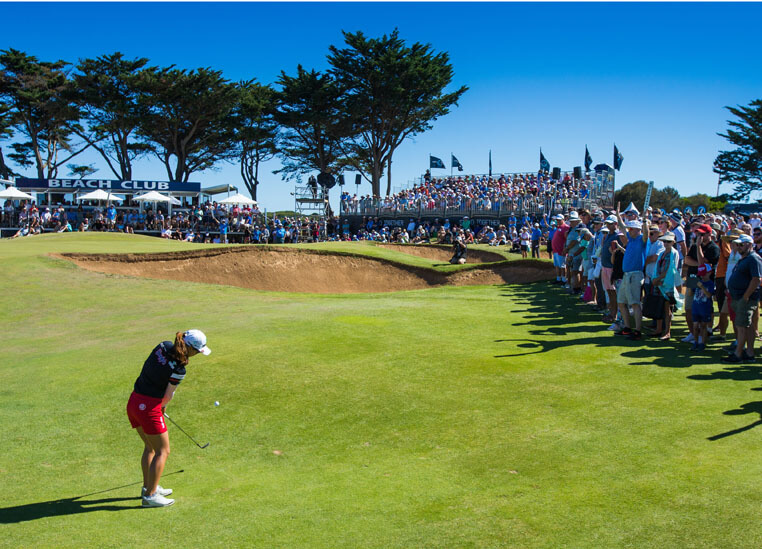 Karen Lunn, CEO of Australian Ladies Professional Golf, said: “The Oates Vic Open gets bigger and better every year thanks to the vision of Golf Victoria, the support of state and national government, the commitment of the players and the tours and the close involvement of the local community. The tournament continues to be a world leader in providing a level playing field with equal opportunities for men and women golfers and once again, this year’s event has proved a huge hit with everyone involved.”

The Oates Vic Open champion Lee will travel to Canberra on Monday for the newly introduced ActewAGL Canberra Classic, being played at Royal Canberra Golf Club from Friday, which will be the second of four tournaments co-sanctioned by the LET and ALPG Tours.