Dame Laura Davies is the most accomplished English female professional golfer of modern times. Inducted into the World Golf Hall of Fame at St. Andrews in 2005, Davies has enjoyed an illustrious career spanning over three decades in the sport. A career that saw her recited a Dame by Queen Elizabeth II for her indelible services to golf and hot damn that is impressive.

Dame Laura Davies burst onto the LET as a pro in 1985 and immediately pinned her name to both Rookie of the Year and the Order of Merit. Davies continued on to collect a whopping 87 professional wins worldwide including 4 x Majors, and 7 x Ladies European Tour titles. We literally don’t have the page space to list her full wrap of great golfing achievements here, suffice to say it’s an outstanding resume from a forever pedestal worthy pro golfer.

It's evident at 59, that Laura still has her eye on the proverbial ball and knows more than a thing or two about how to succeed at a professional level. Always a massive crowd favourite, fans are guaranteed to gravitate towards her raw talent on the course as they attempt to gain insight into her affably relatable persona. Not many other players make driving it hard off the tee look as freakishly easy as Dame Laura does. Grace and aggression sure make a fine addition to her inherently natural technique. So, without further ado, let us introduce to Dame Laura Davies.

LG: Thank you for the time to talk with Ladies Golf Magazine. We’re an Australian publication & so it’s fitting we ask you to share some of your favourite golf memories from your time spent down under?
LD:
There are so many great memories, but wins are always special, I’d have to mention the two Masters and the two Opens that I managed to win. The best was probably the 2010 Aussie Open at Metropolitan as I was quite far back going into the weekend but managed to play well enough over the coming days to take the title. I’ve always enjoyed my time in Australia, I just love it there and really consider it my second home.

LG: What do you believe are the top traits a pro golfer needs to succeed?
LD: One thing that’s become clearer over the years is that it requires a great deal of patience. I wish I’d learned that earlier! We are lucky as golfers that we can have a decent length career, so patience really should be achievable, and is a great asset.
The other trait I’d say is important is aggression. Don’t be scared to fail, always give your most and never settle for 2nd best. This may lose you a few events over the years, but it will win you some too!


LG: How does the current women’s tour life differ from your competitive days?
LD: Having been on Tour for more than 30 years, I so notice the difference in age between myself and the younger players. I think they are a little more comprehensive in their approach to the game than we used to be…I don’t mean that we weren’t, it’s just that today’s players are much more detailed when it comes to their preparation in terms of fitness, strength, flexibility, diet, mindset etc. I used to be the same age as all the others, but it’s really just Trish (Johnson) and I left now. I tend to hang out with the caddies as we are from a more similar generation!

LG: Lydia Ko is the cover star of this issue. What do you admire most about her game and how do you think she will perform on the LPGA tour in 2022?
LD: Since asking me that question, Lydia has proved where she’s at with her win at the Gainbridge LPGA tournament in January! Having seen her at Gainbridge myself and noticing how fit and strong she looks and how much further she’s hitting the ball, I would have said that even before her win, I felt there was a great chance she’d be very competitive this year. Lydia’s gain in length will be huge for her, and she’s done a great job in achieving that through technique and gym work.


LG: You have played against the blokes before. What are your thoughts on mixed tournaments?
LD: I love playing in mixed events and have had some great times in them, such as playing with John Daly all those years ago in the JC Penny mixed. For me, the best formula is when the men and the women play alongside each other, but for their own, equal, purses. Such as at the Vic Open. That’s perfect in my view.

LG: You’re renown as a huge sports fan in general. A keen supporter of Liverpool FC, a racehorse owner and I hear you can play cricket too. What do you think are the most notable benefits for women who play sport and/or are involved with sports?
LD: Playing a variety of sports certainly helps you become more athletic…which I feel can only help you on the golf course. The trick is to do other sports that aren’t too risky in terms of injury. Pickleball seems popular amongst the players in the US at the moment as it’s a good workout, but less strain on the body than tennis, for example. Cricket probably isn’t highly recommended, but who can resist a good game of beach cricket?! I was also lucky enough to play tennis on the grass at Wimbledon last year.

LG: Any ideas why Australia produces so many elite athletes given we’re such a small country population wise?
LD: Compared to, say, the UK, Australia is sports nuts. All the kids play sports. I’m sure the climate has a lot to do with it…we just can’t spend the time outdoors that you can down here. It’s such a huge benefit of the country and one of the reasons I enjoy my time there so much.

LG: Of all the Majors you have won, which victories mean the most to you?
LD: My US Open win in 1987 was huge as it got me on to the LPGA Tour without having to go to Q-school. That meant so much at the time as who knows how I’d have fared at Q-school - so that really was a life changing win. Emotionally, I loved winning the British Open at Royal Birkdale in 1986. Even though it wasn’t a Major at that time, you can’t beat winning your home Open on such an iconic golf course.


LG: Which course would you most like to see host a women’s professional golf tournament and why?
LD: It would have to be Augusta National - the golfing mecca of the USA. In the same way that we now play women’s events at St. Andrews and Royal Melbourne, it would be amazing to see a women’s professional event at Augusta. I was lucky enough to play Augusta once in 1993. I shot 83 off the tips, which included one birdie, on the 15th – it was a fantastic experience.

LG: What would a Dame most likely be sipping at the 19th?
LD: My current choice would be a nice cool lager and lime. Not very Dame-like, but that doesn’t bother me! 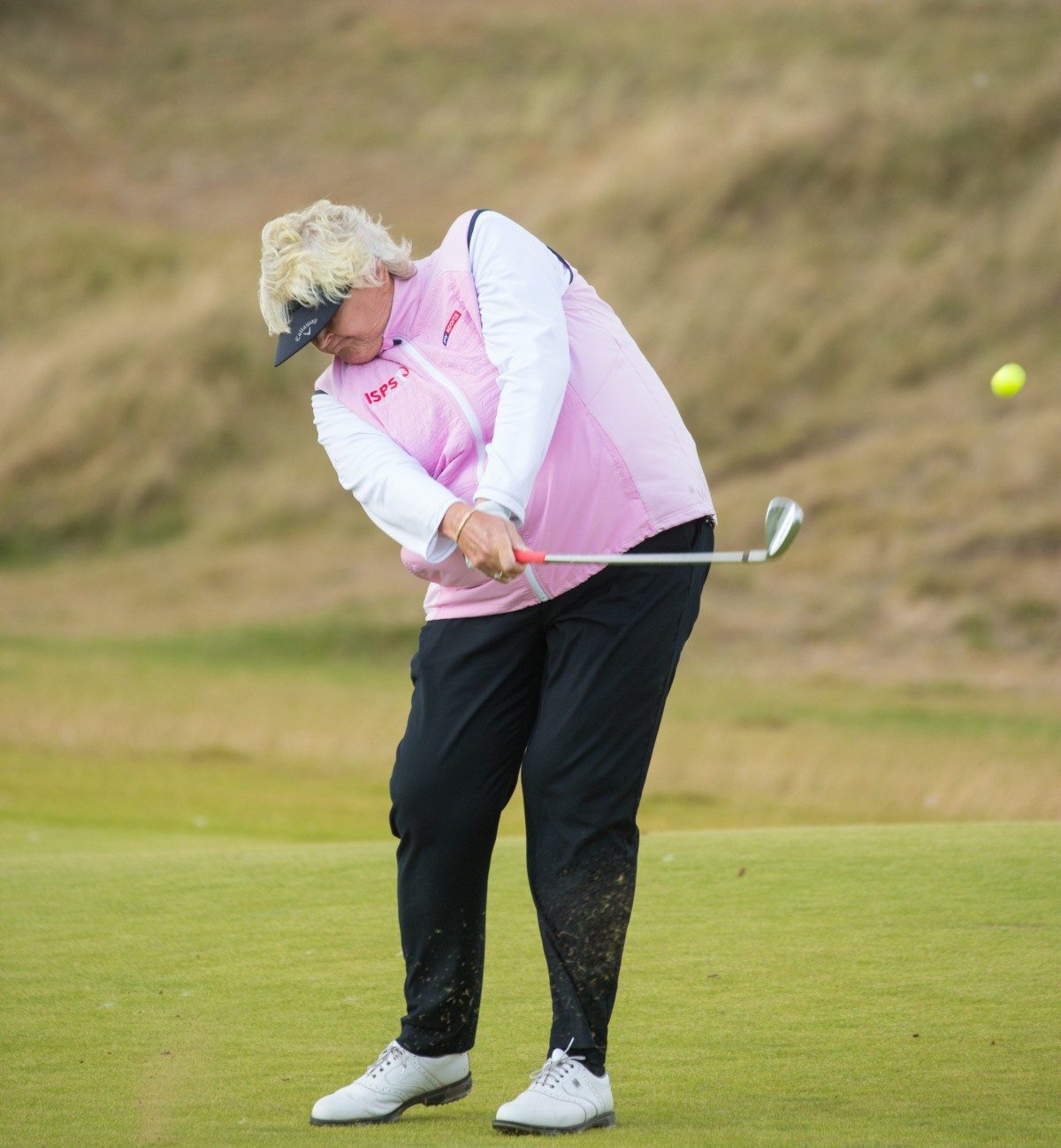