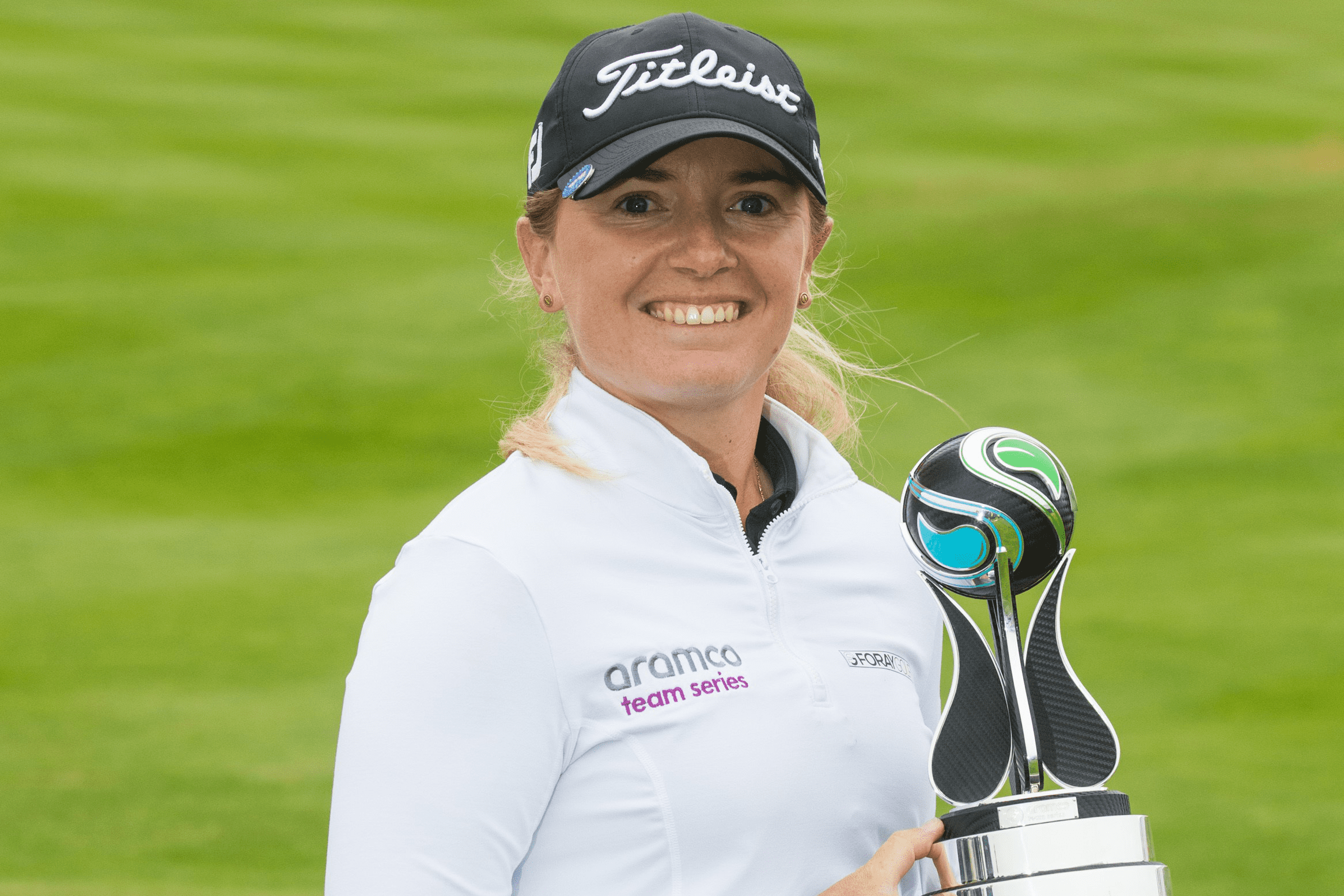 The Aramco Team Series – London finished in dramatic fashion as Bronte Law sank a 55-foot eagle putt from the front of the 18th green to clinch her second LET victory at Centurion Club on Saturday.

A shot behind the clubhouse leader, Georgia Hall, standing on the 18th tee, Law needed a birdie to force a play-off but the 27-year-old from Stockport, England, conjured a piece of magic as she drained a brilliant, monster eagle putt which ran straight up the hill and into the hole for a round of 71 to edge Hall on nine-under-par, sparking jubilant scenes around the gallery.

“That’s why we play this game – for moments like that - and in front of a home crowd, it doesn’t really get any better,” said Law. “Coming down the stretch and holing a putt like that to win – that’s the epitome of the sport that we play and why we do it; why we go through all the heartache, the pain and everything is for moments like that.”

After two days of furnace-like conditions, the temperature dropped by 10 degrees for the final day and the players had to contend with much colder, northerly winds and rain showers.

Law started the third and final round a stroke behind Hayley Davis and she was tied for the lead with the Englishwoman after three holes on the final day.

Part of a trio of leaders after going out in level-par 37, Law then dropped two behind Hall with a double-bogey on 13, where she became entangled in the long grass. She said: “It wasn’t my best hole. I had to stay mentally strong, set my head straight before I got on the next tee box. I did that and hit the best shot I could’ve hit on that hole. I knew I had to battle. It’s never over until it’s over. I guess that kind of showed at the end there.”

She hit back with birdies on 15 and 16 to get within one of the lead and said: “I’m competitive, I want to win, so I won’t go down without a fight. I think that’s a testament to today. I never know that I’m going to end up with a win, but I will make sure I give it my all in order to give myself a chance.”

The gritty player said that she knew what she had to do as she lined up her putt on the 18th.

“I had a good look at that leader board, waiting for it to scroll back up to the top so I could see what happened with Georgia. I kind of figured she’d made birdie on 18 but then it confirmed it. I had a good read on the putt but you never really say ‘Oh yeah, I knew that was going in’. I hit, saw it tracking towards the end and it went in – so a sigh of relief at that point.” 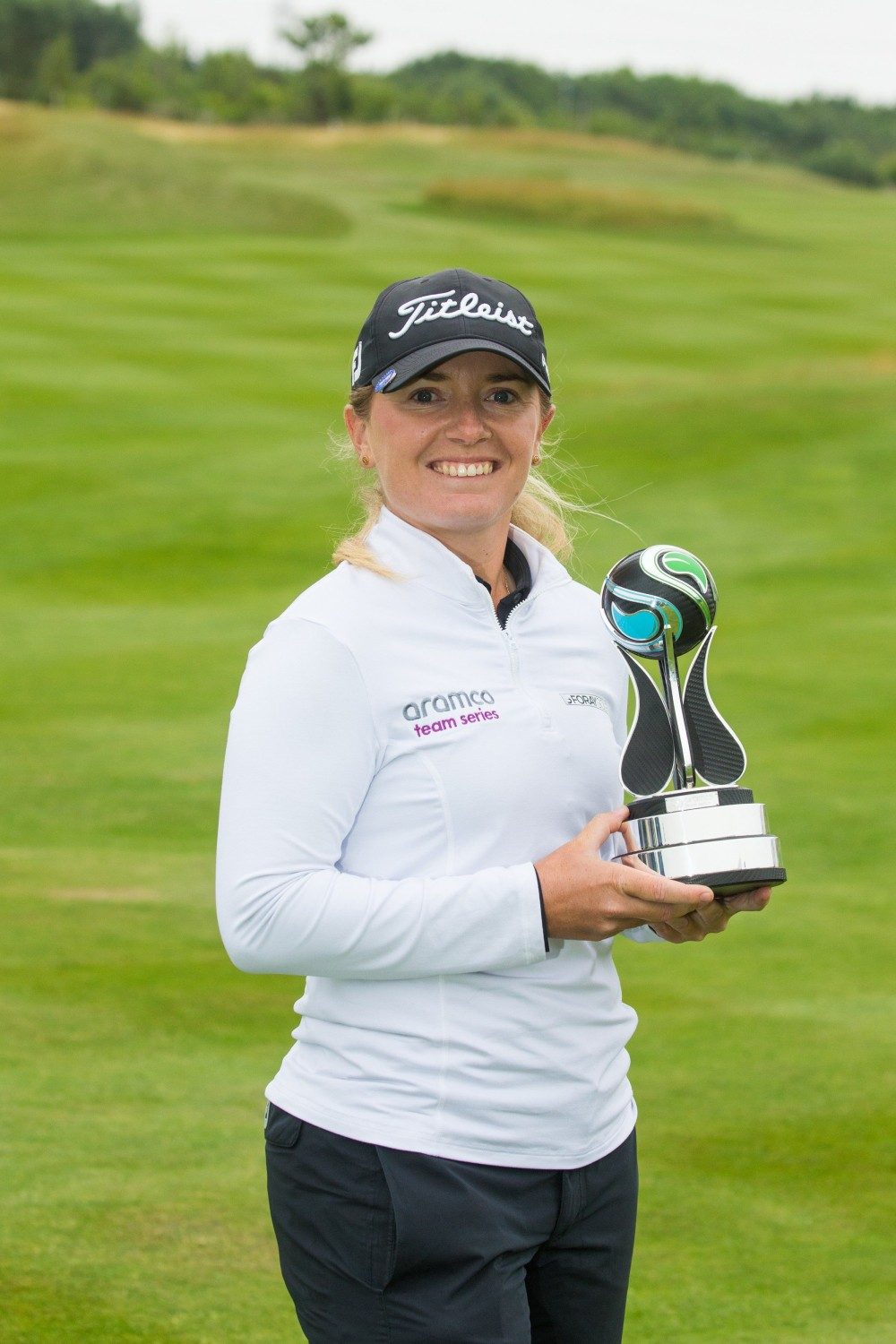 Sweden’s Linn Grant, meanwhile, who was the first woman to win on the DP World Tour in the co-sanctioned Volvo Car Scandinavian Mixed last weekend, had posted the clubhouse lead at seven-under-par, after a brilliant back nine of 30, which included six birdies in her last seven holes. The Swedish rookie carded a 69 to end in solo third position on seven-under-par.

With her seventh top-10 finish from eight starts on the LET so far this year, Grant moved to the top of the Race to Costa del Sol Ranking, two days before her 23rd birthday.

In the team event, Team Garcia, comprising the quartet of Nicole Garcia, Kelly Whaley, Madelene Stavnar and amateur Mia Baker defeated Team Wikstrom – made up of Ursula Wikstrom, Julia Engström, Maria Hernandez and amateur Laurent Dhaeyer, after their respective captains, Nicola Garcia and Ursula Wikstrom, played off over the 18th hole at the conclusion of the final day. The teams had tied on 27-under-par after two rounds and returned to the course after the third round.

Wikstrom came unstuck after her ball ended under the lip of the fairway bunker and she took a double bogey, while Garcia made a winning par and celebrated on the green with a wiggle dance. 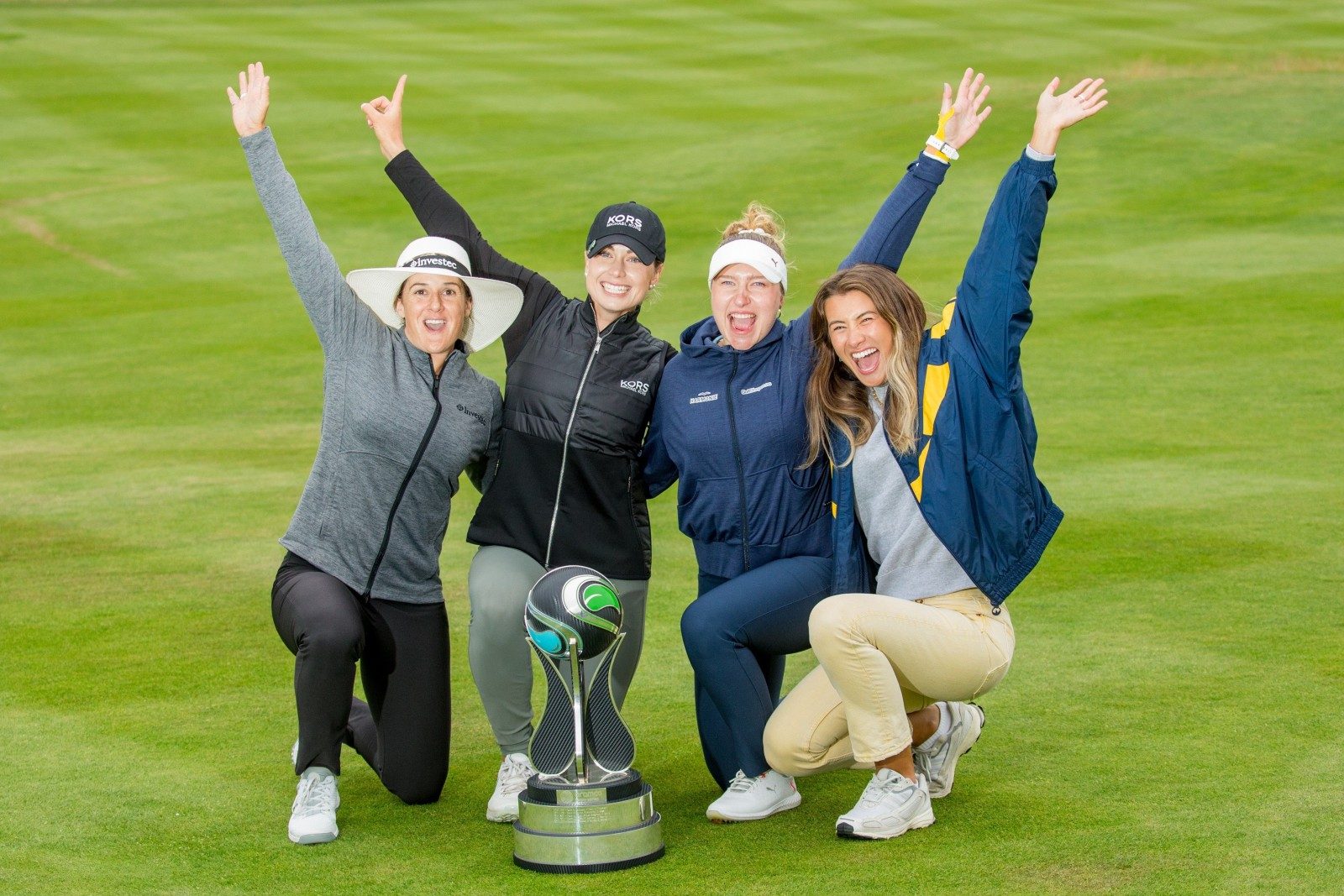 Garcia said: “I’m incredibly proud. Mia really helped us out and that’s what this whole tournament is about, getting involved with the amateurs and giving everybody the experience of a professional event. I’m really proud – proud of my two pros that were with me. I had so much fun with them. We all contributed and it couldn’t have gone better. All four girls contributed equally. It was nice to see – it was good, everybody cheering on each other and I think it was really nice for Mia to be a part of and for some of her shots to count.”

Mia Baker said: “It has been so nice and the best thing is they made me not feel stressed. I couldn’t have asked for anymore from them –they were amazing.”

Garcia added: “I was pretty nervous (in the play-off) – not as nervous as I thought I would be, but I did feel it on the approach shot coming in. I was quite nervous going against Ursula because she’s a great player and she hits it far, she’s consistent and she can putt unbelievably well, so I was a little bit nervous but we got a break when her ball was unfortunately on the lip in the bunker and she gave me a bit of a window there. I think that was probably one of the only ways I’d be able to get past her. An experience like this is always going to bring you closer to your peers that you’ve played with.”

The Tour now moves on to the next event, which is the Tipsport Czech Ladies Open at Beroun Golf Club.