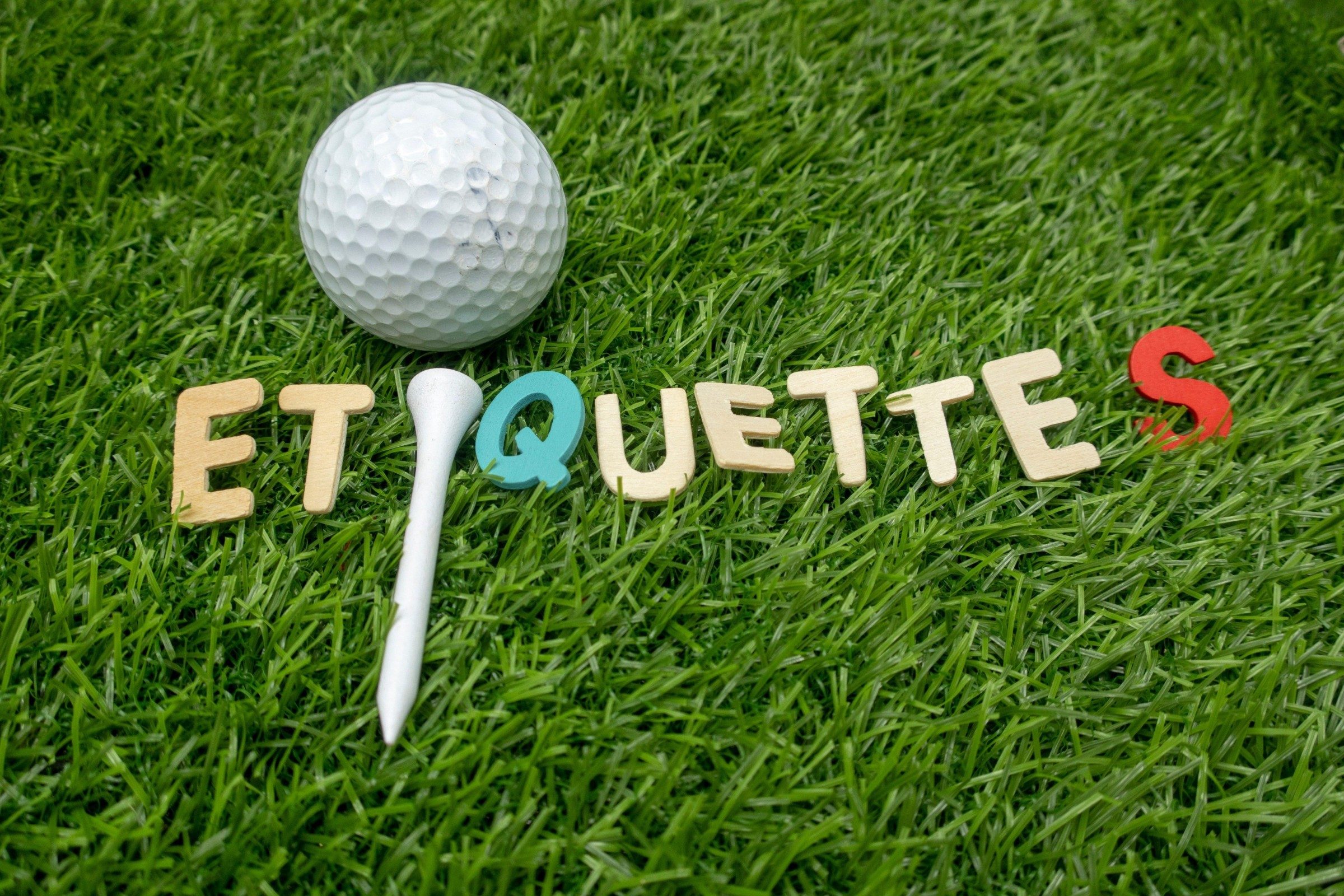 So, you’ve started having a game of golf and you really love it. Why wouldn’t you! It’s outdoors, it’s great exercise, it can be played at a time to suit your other commitments and, hey, some of the gear is really funky.

There’s just a little problem. You’ve told someone whose been playing for a while that you’ve started and they’ve warned you about ‘the etiquette’. There’s a list of things you can and can’t do, they’ll tell you. And you better make sure you do it.

This in itself is enough to make a few tummy butterflies start. If it’s said in deep and intimidating tones, even worse.

Never fear! It’s basically nothing different from what you’ve already learned in life, from the time your nana insisted you took a handkerchief to your first party and your mum reminded you to say please and thank you.

Did they mention the word ‘manners’ in that? And as you got older, did they add ‘respect’? And were you ok with it?

You were? Then you’ll be ok in golf too. Because that’s all it is at the end of the day. Manners and respect.

Let’s talk about how that actually translates. A quick handy guide to enjoying your game while allowing others to enjoy theirs too.

First, a golf ball can hurt. So it’s a good idea to wait till the people ahead are out of range before you hit. At the beginning you won’t know how far you hit but hopefully you’ll be getting an idea from your lessons or trips to the driving range. Err on the side of caution.

Second, don’t be the dilberry who walks in front of someone who’s about to hit. Now surely that’s not ‘etiquette’ but common sense and a sense of self-preservation too. *wink*

Even if you’re only halfway down the fairway, don’t worry about playing every shot on the hole for now. Drop a ball on the green and have a putt or two. This will give you psychological and emotional closure from the trauma of the creek incident, let you enjoy and get better at putting, and will keep the game moving for your group and the one behind so everyone can get into the bar before dark.

Remember, you’re learning. As you get better, you won’t hit it sideways or into the creek as much. You’ll get to the green by earning your way there. And you’re going to feel such a sense of achievement when you have.

Next, golf is part of nature. She nurtures us and we take care of her. Take a sand bucket with you and if you make a divot the size an ostrich could nest in, or even just a wasp, just chuck some sand in there and smooth it out kindly with your foot. Easy.

Finally, have fun. That’s why you’re there after all. There is probably a decibel level you might want to consider, just so you don’t frighten the wildlife or have people around you think you’ve broken your ankle. But laughing and sledging with your friends is one of the lifelong pleasures of golf.

Now, was that so hard? Nah.

Etiquette schmetiquette. It’s just manners and respect. You already know about that. So go ahead, make nana proud.