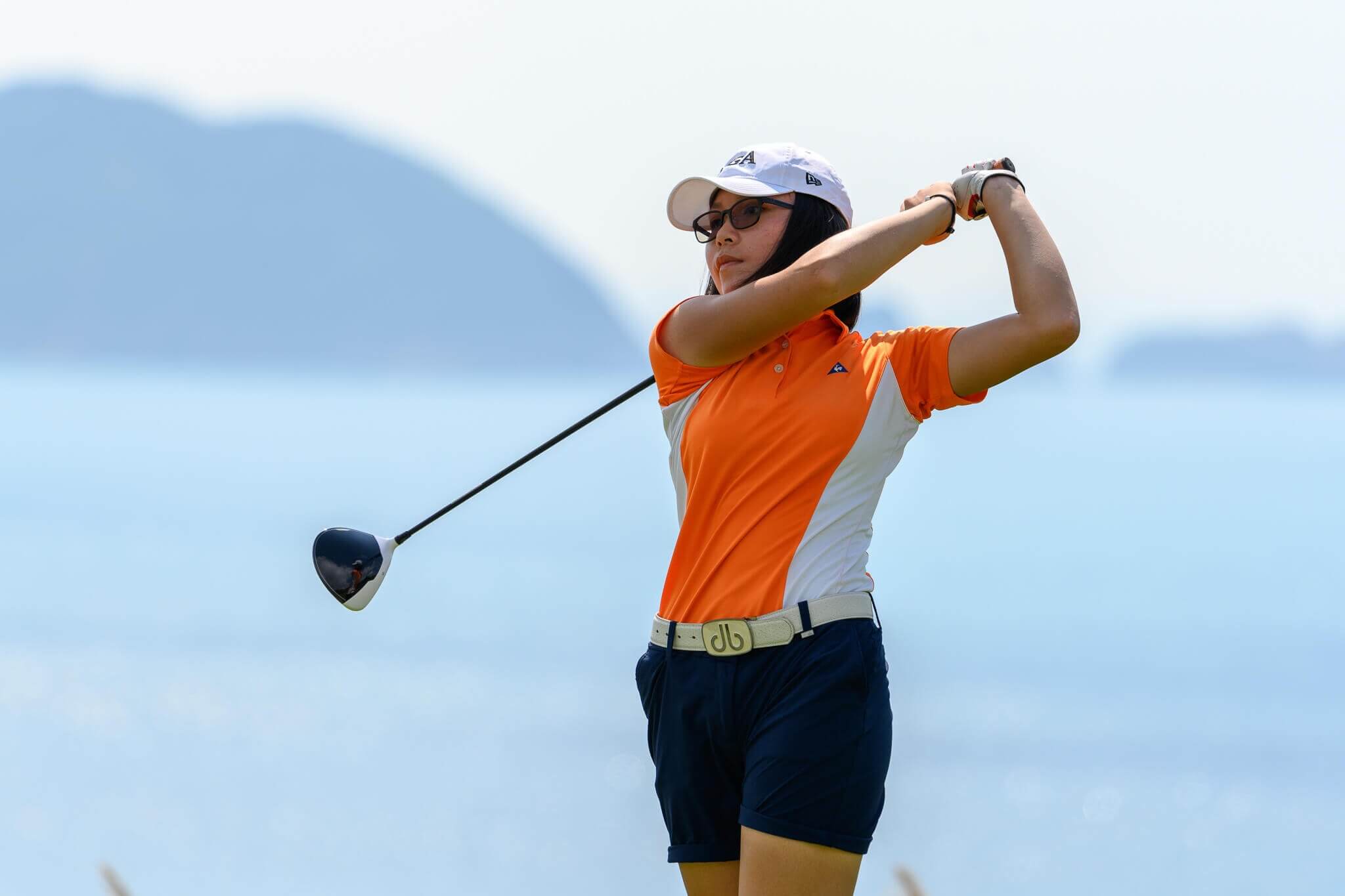 HONG KONG, 25 April 2019 – Eight home-grown talents will fly the flag for Hong Kong in the fifth edition of the EFG Hong Kong Ladies Open when the city’s premier women’s golf tournament tees off on Hong Kong Golf Club’s famed Old Course from 10th to 12th May.

Chan was also an age-group winner in December’s Pondok Indah International Junior Golf Championship last December and will be looking to make an impact in her fourth appearance in the tournament.

“I feel I’ve made some solid progress over the last year with a couple of good tournament wins and some top-ten finishes. I really hope I can take my recent form into the EFG Hong Kong Open and get my name on the leader board on Sunday. I’m looking forward to it. I’d also like to thank EFG Bank for the additional support they have lent me through the EFG Young Athletes Foundation over the past year – it’s been a great help for my game," said Chan.

Chan will be joined by Virginie Ding Wai-chung who returns to Fanling after a stellar run of form that saw her secure wins in the 2018 Zhang Lianwei Cup International Junior Golf Macau Open Championship last November and outright victory in the Pondok Indah International Junior Golf Championship in December. She makes her second start in the EFG Hong Kong Ladies Open following a further win in January’s Hong Kong Ladies Close Amateur Championship.

Speaking from Japan, where she and team-mate Mimi Ho Miu-yee are representing Hong Kong in this week’s Women’s Amateur Asia-Pacific, 16-year old Ding said: “I’m pretty happy with my game right now and have had some good results over the last six months. We travel a lot playing golf so it will be great to come back and play in front of family and our home fans again in one of the highlights of my year.”

The eight talents will be up against some stellar competition in a 123-player field that includes some seasoned professionals who will be looking to bank the winner’s cheque of HK$ 175,000 come Sunday 12th May.

Leading the international charge will be Thailand’s Parinda Phokan, the top ranked player in the field, according to the Rolex Women’s World Golf Rankings. She’ll be joined by fellow Thai players in 2017 champion, Supamas Sangchan, who returns to the scene of her former glory alongside Renuka Suksukont, whose two-stroke victory in the Hengqin Phoenix Tree Building Orient Golf Challenge in March puts her in second place in the China LPGA Order of Merit.

One of China’s big hopes for the future, Liu Wenbo, who turned professional in 2018, leads the 18-strong contingent of players from the mainland which includes current CLPGA Tour Order of Merit leader Liu Yiyi who claimed her maiden tournament win in last month’s CTBC Ladies Classic.

The LPGA of Taiwan will once again be fielding a strong contingent, led by Chen Yu-ju, who is currently second on TLPGA Order of Merit, and Kuo Ai-Chen. Malaysia will be represented by two of its professionals in Aretha Pan and Michelle Koh, both CLPGA Tour players.

The Ladies Asian Golf Tour will see a further 28 players make their way to the S.A.R. representing Australia, Canada, India, Japan, Kenya, South Korea and Thailand. The tournament will be contested by players representing 14 different countries and territories.

Albert Chiu, Executive Chairman of EFG Bank, Asia Pacific, said: “As the tournament title sponsor, we are delighted to see such a high-quality international field once again at the EFG Hong Kong Ladies Open. EFG Bank Hong Kong and its Young Athletes Foundation are passionate in developing young local talent, and while fans will get to enjoy world-class golfing action, upcoming players such as our Foundation scholar Chloe Chan and invitee Becky Kay will gain invaluable competitive experience against seasoned professionals. We look forward to the best edition of the EFG Hong Kong Ladies Open yet.”

Commenting on the field for this year’s tournament, Dean Nelson, Championship Manager of the EFG Hong Kong Ladies Open, said: “We’re very pleased with how the field has come together for this year’s tournament. We have a record number of players signed up to compete in the fifth edition of the EFG Hong Kong Ladies Open, with a strong showing of homegrown talent, some well-established international competitors and a number of up and coming players from throughout the region.

“The tournament will provide the likes of Chloe Chan, Virginie Ding and Isabella Leung with the opportunity to test themselves against their international competitors on a course they are familiar with, while benefiting from the support of their home fans. The field make-up reaffirms the tournament’s commitment to the development of local and international talent and will provide a great showcase for the game in Hong Kong for all to enjoy.”

The 123-player field will compete over three rounds, which includes a cut after the second round, for their share of the US$ 150,000 prize purse, in what promises to be a special edition for the tournament as it celebrates its fifth anniversary.