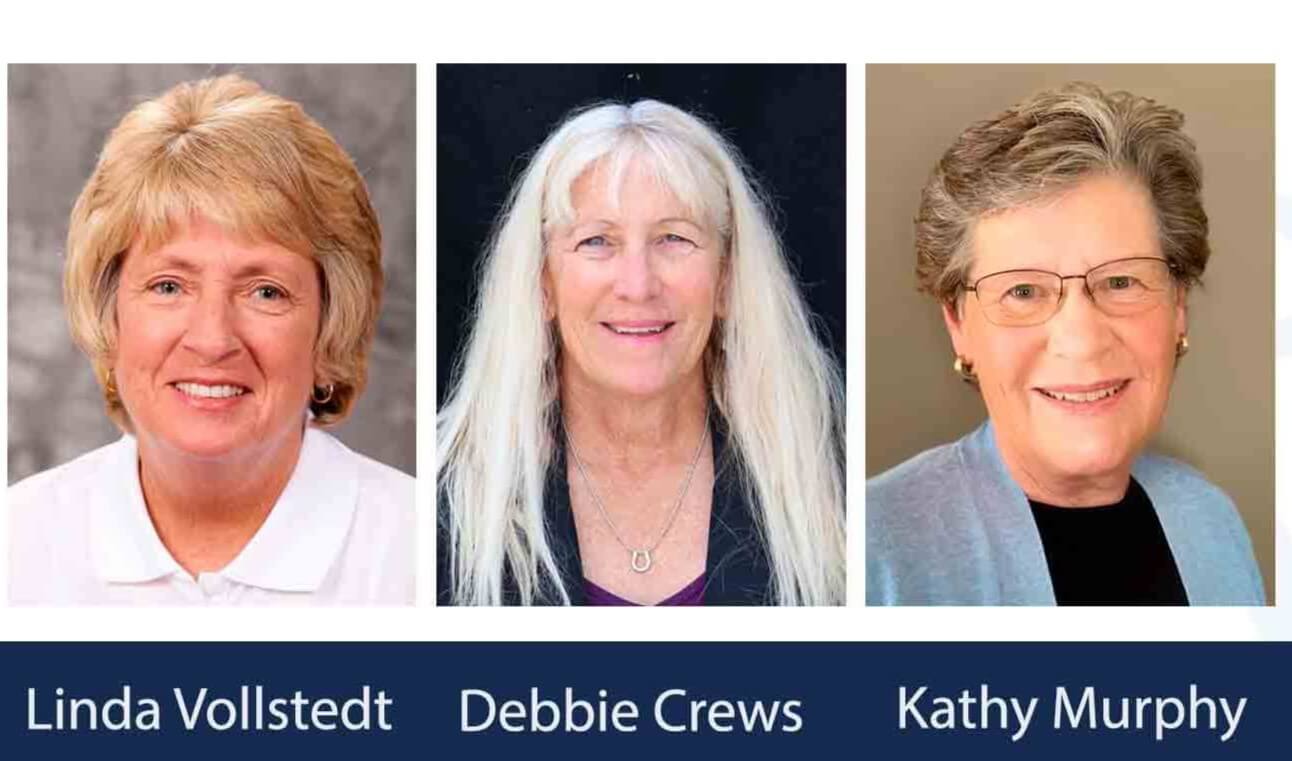 A huge congratulations to the following ladies on their induction to the LPGA Professionals Hall of Fame 2020. Read more about their illustrious golfing careers right here;

Linda Vollstedt first joined the LPGA Professionals as an officer in 1986 when coaches were not really recognized in the organization. Vollstedt fought hard to give recognition to the “coach,” as she believed that coaching was teaching, and teaching was coaching.

In her early years as an officer on the Executive Committee, Vollstedt pushed for more educational workshops and seminars and assisted LPGA Professionals National President Kerry Graham in developing the Women’s Golf Summits. From the beginning, one of her goals was to increase the membership to 1,000 and with the help of Dana Rader, who served on the Executive Committee with Vollstedt, membership has grown to now almost 1800 members today.

Working closely with Kerry Graham, she was instrumental in securing the funds for the LPGA Urban Youth Golf Program, which eventually became the First Tee. She was also instrumental in developing the LPGA*USGA Girls Golf Program, which has impacted over half a million girls across more than 500 chapters. Vollstedt chaired and served on many committees, hosted the Sectional Seminar, and participated in promoting junior golf.

In 1990, she established the ASU Jr Golf Camp for kids aged 10-18, where they would receive instruction, play golf, and learn life lessons. Vollstedt worked closely with Chuck Hogan and Lynn Marriott while she was the Director of Education at Karsten Golf Course. The group dedicated their time to discussing what ideas and materials could be used to influence the performance and well-being of our students. As a result of their work, Marriott went on to be a leader for the LPGA National Education Program.

Along with her service to the LPGA, Vollstedt has also been involved with several other organizations promoting golf and sports for women. Being involved with the LPGA allowed her to have a successful career at Arizona State University as the head women’s golf coach from 1980-2001 where she received several prestigious LPGA awards such as the LPGA National Coach of the Year, which she won twice, and LPGA Sectional Coach of the Year.

In 2001, she retired from coaching at ASU due to a career ending injury. However, her passion for the game and the love of the sport was still there. She insisted on continuing to give back, coming up with the idea to offer seminars for coaches. Thus, she got involved with “Coaching Fore The Soul”, which allowed her to continue sharing her wisdom with others. On a national platform, both LPGA and non-LPGA members attended. In 2007, she was asked, along with Kathy Murphy and Debbie Crews, to write the curriculum for the LPGA Professionals National Education Coaching Program.

“I am truly honoured to be selected into the LPGA Professionals Hall of Fame and to be included in the elite company of those who have come before me and who have been such incredible role models,” said Vollstedt. “During my years of service, I have watched the LPGA continue to grow and offer not only education, but professional growth to women in the organization. My entire life has been dedicated to mentoring, teaching and coaching.  I am full of gratitude and joy as I continue to mentor young women who are looking for success and fulfillment in their profession. I am forever grateful to the LPGA for shaping my career and allowing me to fulfill my destiny.”

Dr. Debbie Crews has been involved with the LPGA Education, Evaluation and Research programs since 1997 and with the LPGA Professionals since 1980. In 2011, she earned the distinction of Master Professional. Crews has also served on the National Education and Research Advisory Board since its inception and has been a lead National Education Program (NEP) instructor/evaluator since the late 1990s. She assisted with the development and testing of the National Evaluator testing form for teaching, coaching and managerial leadership and contributed to three revisions of the NEP Manual (1997, 2007, 2013).

For more than 35 years, Crews has researched and studied the game of golf, writing for countless scientific journals and popular magazines (Golf Digest, Golf Magazine) and being featured on “Scientific American Frontiers,” NBC Dateline and ESPN. Her research also includes several studies with Mayo Clinic on the “yips” in golf. Most recently, she updated and helped create the online version of the Sport Psychology and Neuroscience sections of the program. LPGA section seminars included five “Horses and Courses” (2008-2011) and three “Research Application” seminars (2009, 2018).

Crews also chaired the World Scientific Congress of Golf for 10 years, where she initiated the research journal “International Journal of Golf Science”. Debbie has worked with golfers from all the tours as well as up and coming amateurs and professionals.

“The LPGA Professionals has been very good to me over my career,” said Crews upon hearing the news of her induction. “They are clearly among the top professional organizations I have collaborated with and learned from. To receive the honour of becoming a member of the LPGA Professionals Hall of Fame makes me ecstatic. Entering the Hall of Fame with my two best friends Kathy Murphy and Linda Vollstedt is a dream come true. Thank you for believing in me all these years!”

Kathy Murphy is an LPGA Master Life Professional whose career includes Resident Golf Professional at Palm-Aire Country Club in Sarasota, Fla. and Head Professional at The Plantation Golf & CC in Venice, Fla. where in 1989, she hosted the LPGA Professionals National Championship.

Following her time as a club professional, Murphy dedicated herself to the business of teaching and coaching golf. She has been a teaching professional at the Stratton Mountain Golf School in Vermont, Bonnie View Country Club in Baltimore, Md., the Bumble Bee Hollow Golf Centre in Mechanicsburg, Pa. (owned and operated by 2009 Hall of Fame Member Lorraine Klippel) and the ASU Karsten Golf Course in Tempe, Ariz. (where she worked alongside 2016 Hall of Fame Member Lynn Marriott).

During her time in Phoenix, Murphy became instrumental in the development and curriculum of the LPGA Global Education and Certification Programs. As Lead Instructor, she assembled and directed a team of professionals in developing curriculum and materials. She also personally conducted over 100 education and training programs around the country and in South Korea. Murphy served for as Chairperson of the Research/Education Advisory Board for 10 years, where she met with teachers, LPGA Evaluators and researchers from within and outside the industry to ensure that the LPGA’s education programs remained relevant to members and contributed to the growth of new golfers.

Murphy served as an officer in the Southeast Section and President of the Northeast Section, as well as presented at numerous LPGA Sectional and National Seminars. She has been recognized for her teaching and leadership skills by Golf Digest, Golf Magazine, Golf for Women Magazine and other various publications including the USGA Journal.

“It has been my sincere privilege to participate in the LPGA for more than 40 years – energized by and grateful for the vision of our LPGA Founders, the many dedicated colleagues and enthusiastic students I have met along the way,” said Murphy. “Entering the LPGA Professionals Hall of Fame is the pinnacle of my career and an honour that I will always cherish. Besides being motivated and inspired by all the amazing women who have previously been inducted into the Hall of Fame, I couldn’t be happier and more excited to share this honour with my mentors and valued friends, Linda Vollstedt and Dr. Debbie Crews. I am so very proud of the continued efforts and success of our LPGA members to promote and grow the game of golf.”