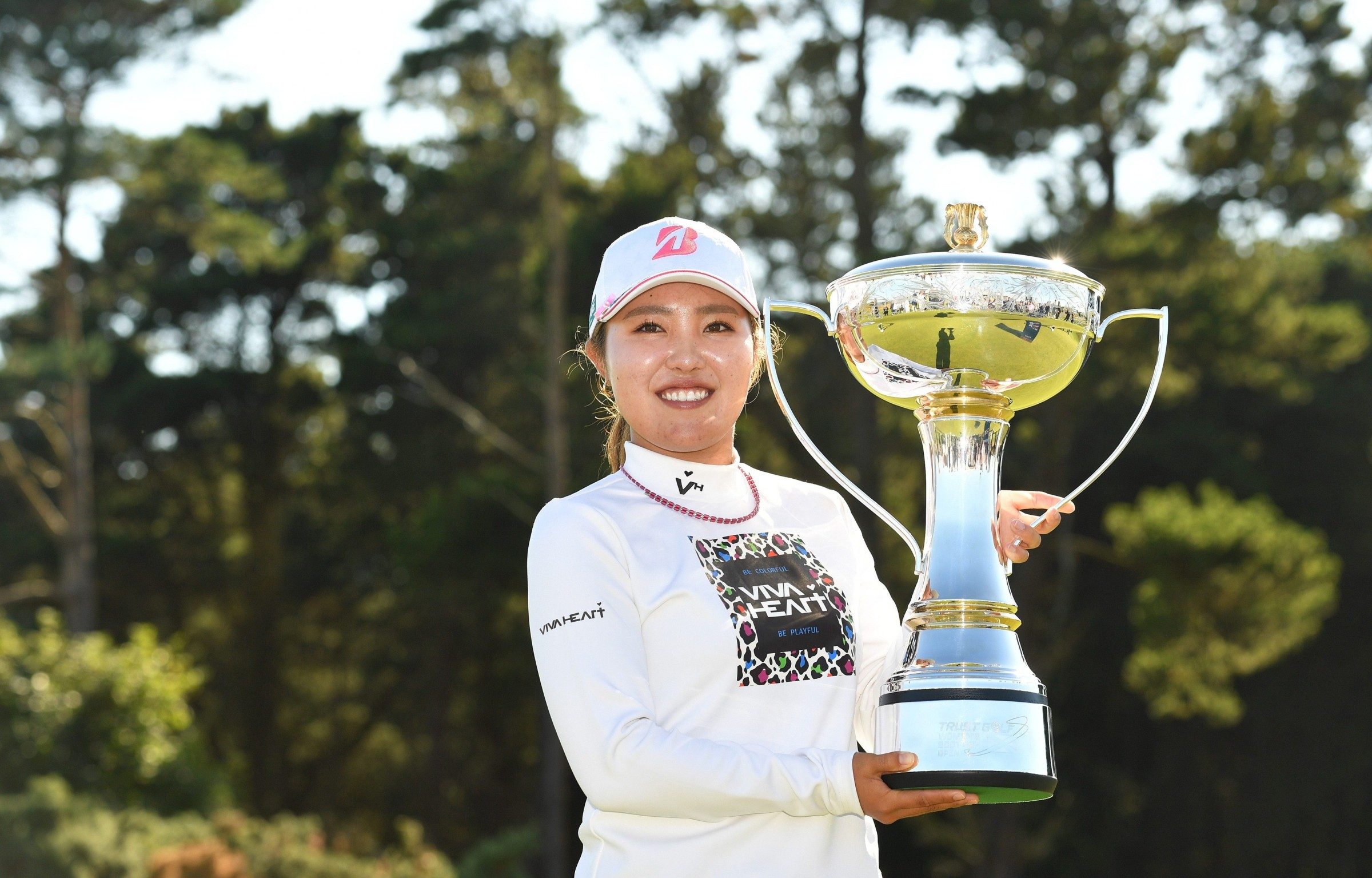 LPGA Tour rookie Ayaka Furue came to play on Sunday at the Trust Golf Women’s Scottish Open, ultimately claiming her first LPGA Tour title after firing a course-record, bogey-free, 10-under 62 in the final round. Furue began the day four shots back of 54-hole co-leaders Celine Boutier and Lydia Ko at -11. She made six birdies in a row from holes six through eleven to tie the lead with Boutier, and after the Frenchwoman bogeyed No. 13 and Furue birdied No. 15, the 22-year-old Japan native held the solo lead at -19 with three to play. Furue birdied her last two holes to post at 21-under with Boutier ultimately bogeying the 16th and birdieing the 18th, making Furue the fifth Rolex First-Time Winner of the 2022 season.

“I was four shots back. I thought it would be difficult to catch the top, good players. But I'm very happy I played good golf and I was able to come out as a winner,” said Furue, who hit 13 of 14 fairways and 17 of 18 greens on day four. “I had the right mindset. I thought I had to go low, and I played very well. I hit good shots. All around my game was good, and the birdie putts I wanted to make and had to make, I was able to make.”

Furue’s 62 marks her lowest recorded score on the LPGA Tour and her four-day total of 267 is her new career-best for 72 holes. Her total of -21 is the new tournament scoring record in relation to par and with the win, Furue becomes the 16th Japanese LPGA Tour winner and the second of the 2022 season, joining Nasa Hataoka who congratulated the rookie when things were final. “I'm very grateful that she congratulated me,” said Furue. “I would like to keep playing and be like her and catch up to her wins.”

Though she managed to finish with a 3-under 69 on Sunday at Dundonald Links, Boutier was disappointed with the loss. She made four bogeys and seven birdies in the final round, but just wasn’t able to keep up with Furue’s momentum. Still, there were plenty of positives that Boutier will carry with her as she looks ahead to the final major of the year next week.

“I started making some bogeys and I feel like it's not easy, playing in the final group. Then obviously when someone just has their day, you just can't do anything about it really,” said Boutier who hit 9 of 14 fairways and 15 of 18 greens. “It was a little bit windy, a little bit of preparation for next week, and I think that's the main thing is I don't think I could have expected a better week than how I played.”

Korean Hyo Joo Kim eagled the second hole en route to a 6-under 66 final-round score that put her in a tie for third with American Cheyenne Knight. Knight went 67-67 on Saturday and Sunday in Ayrshire to record her best finish of the 2022 LPGA Tour season and feels like she’s heading in the right direction with her game. “Played solid and made a lot of birdies this week which is nice,” she said. “Some of us made a lot more, but game is feeling good, especially going into next week at Muirfield.”

Rolex Rankings No. 4 Lydia Ko couldn’t manage to get her engine started on day four, carding another 1-under 71 to share fifth at -16 with Alison Lee, who shot a 6-under 66 to earn her second top-10 of 2022. Six-time LPGA Tour winner Nasa Hataoka finished in solo seventh at -15 with a trio of players in a tie for eighth at -14, including sponsor exemption Wichanee Meechai, who played her way into the AIG Women’s Open next week. Defending champion Ryann O’Toole finished T15 after a final-round 65.

Sometimes there’s just nothing you can do and that was exactly the case for Celine Boutier on Sunday at the Trust Golf Women’s Scottish Open. Tied for the lead with Lydia Ko entering the final round, Boutier shot a 3-under 69, but couldn’t match the round that LPGA Tour rookie Ayaka Furue put together, ultimately finishing in solo second. Though it’s her best finish of the season and the fifth top-five she’s carded in 2022, Boutier was still disappointed with the result, but hopes to have gleaned some invaluable experience from playing in the final grouping.

“Obviously a bit disappointed at the moment but I feel like my game has been very solid all week and I put myself in position,” said Boutier, who hit 9 of 14 fairways and 15 of 18 greens. “Playing the final round, final group, is not always easy to manage. I feel like hopefully I'm going to gain some experience from this and next time I'll be lifting the trophy.”

Boutier started out strong, carding four birdies and one bogey on the front nine to hold a two shot lead at the turn. But as Furue caught fire, Boutier’s flame fizzled, and after making three birdies and three bogeys on her closing nine, she ended up three shots shy of her third LPGA Tour title, posting -18 for the week. While today’s loss will sting, Boutier will start again at next week’s AIG Women’s Open. With the final major of the 2022 season looming large, she’ll do her best to have a short memory, glean what positives she can from the week in Ayrshire and apply them to Muirfield, what’s sure to be another tough test of links golf.

“Starting the round I knew I had to shoot a low score, even though I was tied for the lead, this course, you can score pretty low,” said Boutier. “I was trying to focus on my own game and not pay too much attention to the leaderboard. (Ayaka) had a really great day there was nothing I could have done. I feel like my irons, approach shots and short game have been very solid so I'm just hoping to take that into next week. I'm not sure what the course looks like, but gives me a lot of confidence coming into the British.”