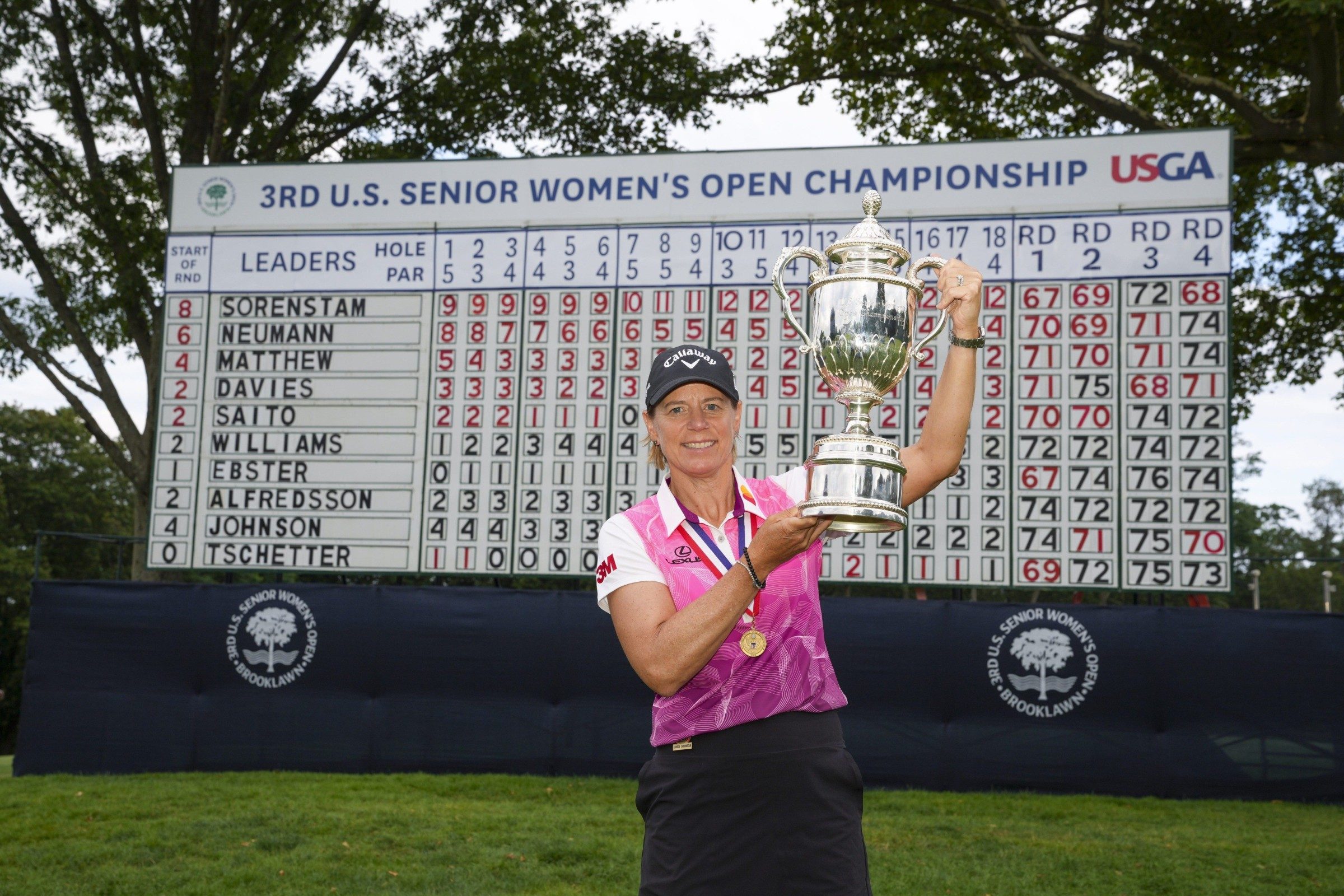 Annika Sorenstam is one of golf’s most recognisable faces. Her impressive career spans three decades starting as member of the Swedish National Team in 1987 age 17. Annika turned pro in 1992 and was inducted in the World Golf Hall of Fame in 2003 after an impressive career including 10 majors and 89 worldwide wins. In 2007 she founded the ANNIKA Foundation with her last professional victory in 2008 at the Suzhou Taihu Ladies Open on the Ladies European Tour. Until she came back in August 2021 making her debut at the US Senior Women’s Open and cinching a win by eight shots with a final tally of 67-69-72-68—276 (12 under par).

Her next stop is the 2022 Scandinavian Mixed Hosted by Henrik Stenson and Sorenstam this month at Halmstad Golf Course – a course that previously hosted the Solheim Cup and the ANNIKA Invitational Europe. It’s mixed format places emphasis on equality and inclusivity, an issue Sorenstam is a strong campaigner for. Annika hopes to inspire the next generation of golfers in Sweden and around the globe as she continues her work promoting junior girls and women into golf professionals. Women’s Golf Magazine spoke to Sorenstam ahead of the event. 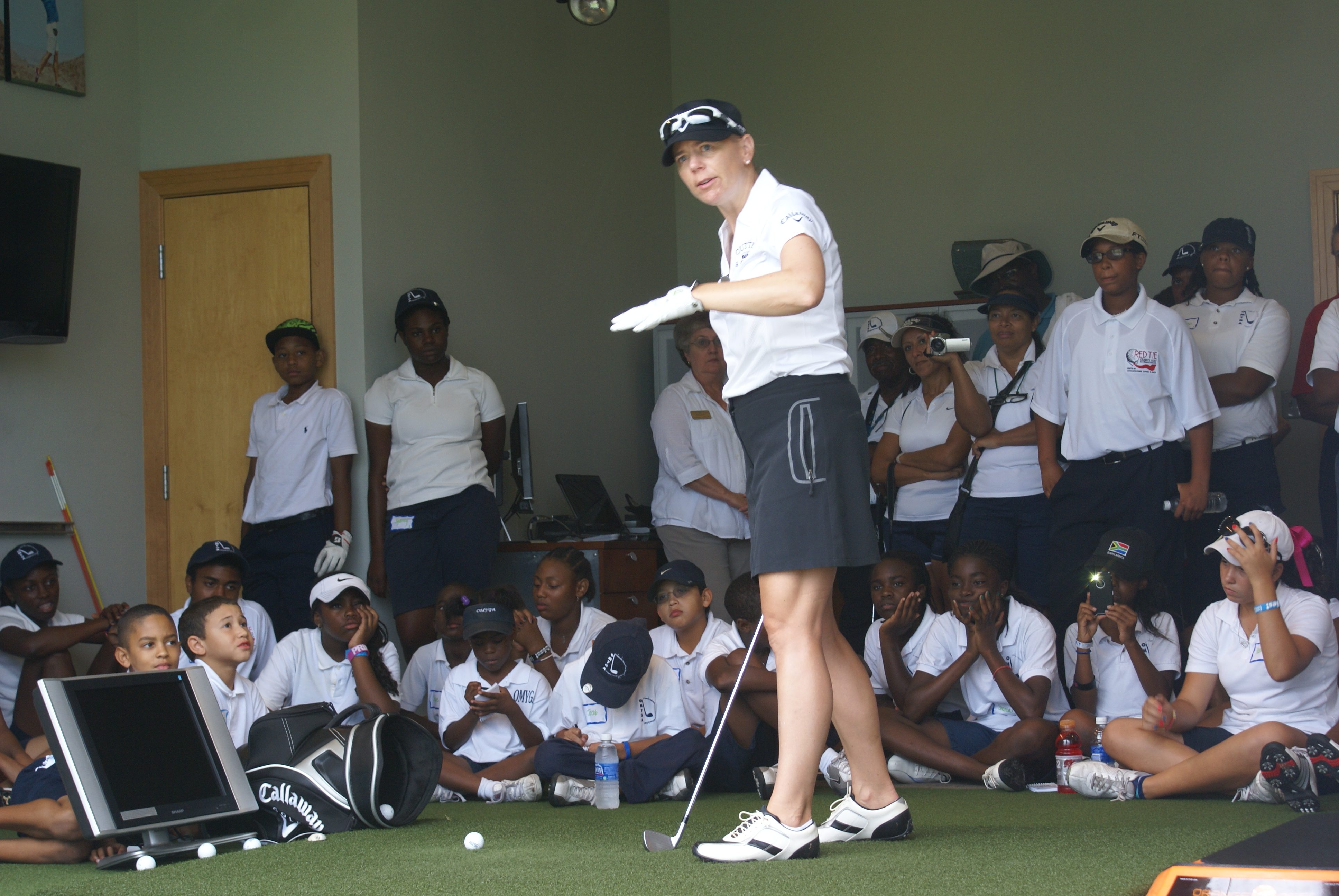 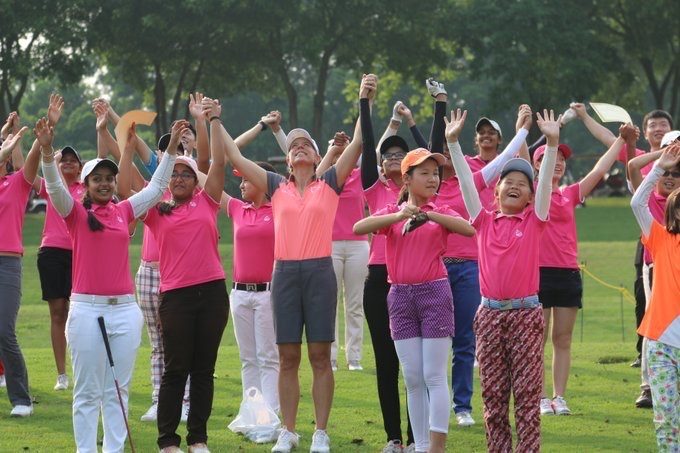 “The Scandinavian Mixed is hosted by Henrik and myself is a terrific concept. 72 men and 72 women playing for one prize fund, but from different tees,” Sorenstam tells Women’s Golf.

“It went very well last year and we are excited to have Volvo onboard as our main sponsor. I’m looking forward to going back to Halmstad and look forward to competing in front of Swedish crowds again. It’s a great hotel and course.”

Sorenstam is currently sponsored by the likes of Lexus, Hilton Hotels, Mastercard, Callaway and Rolex to name a few, and was named World No. 1 in the 2006 Rolex Rankings where she remained for 61 weeks.

It was only five years after picking up clubs that Sorenstam would become a member of the Swedish national team.

“I started playing golf at the age of 12. My parents bought a set of clubs and my sister and I split them. I got the odds, and she got the evens” recalls Sorenstam.

“Golf is a great family sport. I can play with my 81-year-old Dad and 11-year-old son. There aren’t many sports like that,” she says.

“We like to play as a family. Ava has a great swing but isn’t so into it. Will simply can’t get enough. He’s my practice partner. He plays every day after school with Ian Poulter’s son, Josh and Henrik Stenson’s son, Karl. It’s so fun to watch them walk along with their push carts until dark.”

Sorenstam is an incredibly driven individual and one of the busiest, and says her motivation comes from many places.

“I have a lot of things that motivate me, starting with our kids. The junior girls in our seven global ANNIKA Foundation events motivate me,” she says.

“Like anyone, I’ve had challenges throughout my career, but it’s all relative and how you work to overcome them,” she says.

“When I left school after my sophomore year and turned professional, most people don’t know that I missed getting my LPGA card by one shot. So, I went to Europe to play the LET and had a great season before going back to qualify for the LPGA the next year.”

Her impact on girls and women in golf is one of the biggest. Since 2007 the ANNIKA Foundation has given over $8 million to junior girls’ golf.

“When I sit back and look at the number of girls we’ve been able to impact around the world. It’s very satisfying…87 of our alumnae are playing the LPGA, and 187 have played the Epson Tour. Over 650 have gone on to play Division 1 college golf.”

Sorenstam also keeps her finger on the pulse with emerging talent, in fact she personally knows our cover golfer Leona Maguire.

“I’ve known Leona for a long time since her days at Duke. I like her focus. She’s shy and no nonsense, just like I was when I was playing,” Sorenstam says.

“Leona won the ANNIKA Award presented by Stifel twice for college player of the year. She was a star of the European Solheim Cup team last year and we all knew it was just a matter of time before she won. Leona will go on to win many tournaments and majors before she is done.”

51-year-old Annika shows no signs of slowing down as she launched her new Fizzy Bees brand in Ohio, USA this past March, and the family prepares for travel for both foundation events and tournaments Sorenstam has committed to.

“When I committed to those [tournaments], I didn’t take away anything else, just added a lot of practice and workouts,” she says.

Annika’s emergence from retirement to debut and win the US Senior Women’s Open last August was hailed as ‘magic’ by press and golf fans alike. For Sorenstam it was a shared victory with her family.

“It was really like a fairy-tale. To come back and win after 13 years away is one thing, but to do it with Mike on the bag and the kids walking along was just amazing. I really don’t know if it could get any better,” says Sorenstam.

Favourite Australian course: Royal Melbourne. I hope to have our ANNIKA Invitational Australasia there one year.

Australian players you’re watching: Minjee Lee. She is so talented and is a proven winner.

Women in golf are…growing in numbers. When I started my foundation, 15% of the junior golfers were girls. Now that is up to 33%. We need to get it up to 50 per cent!