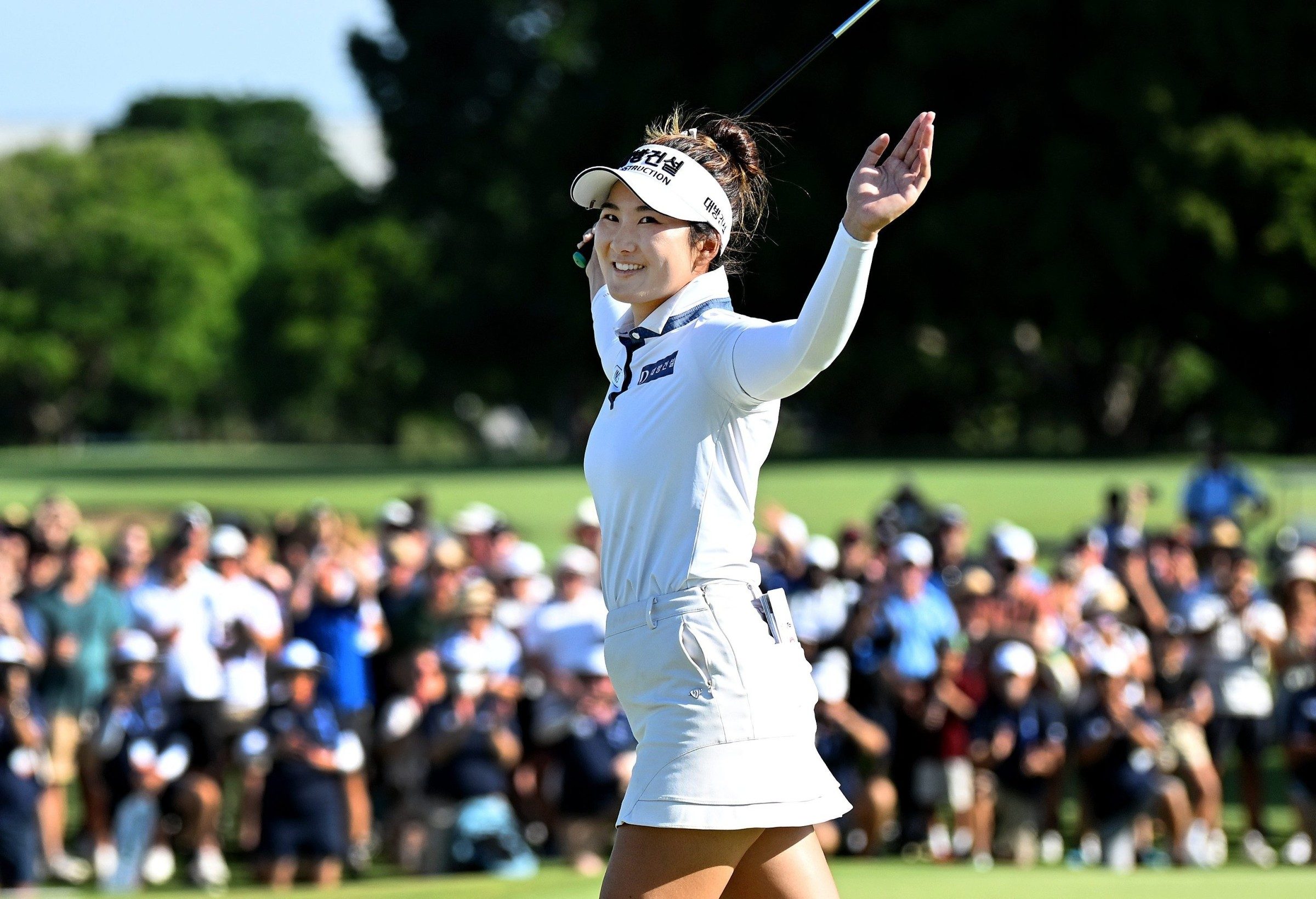 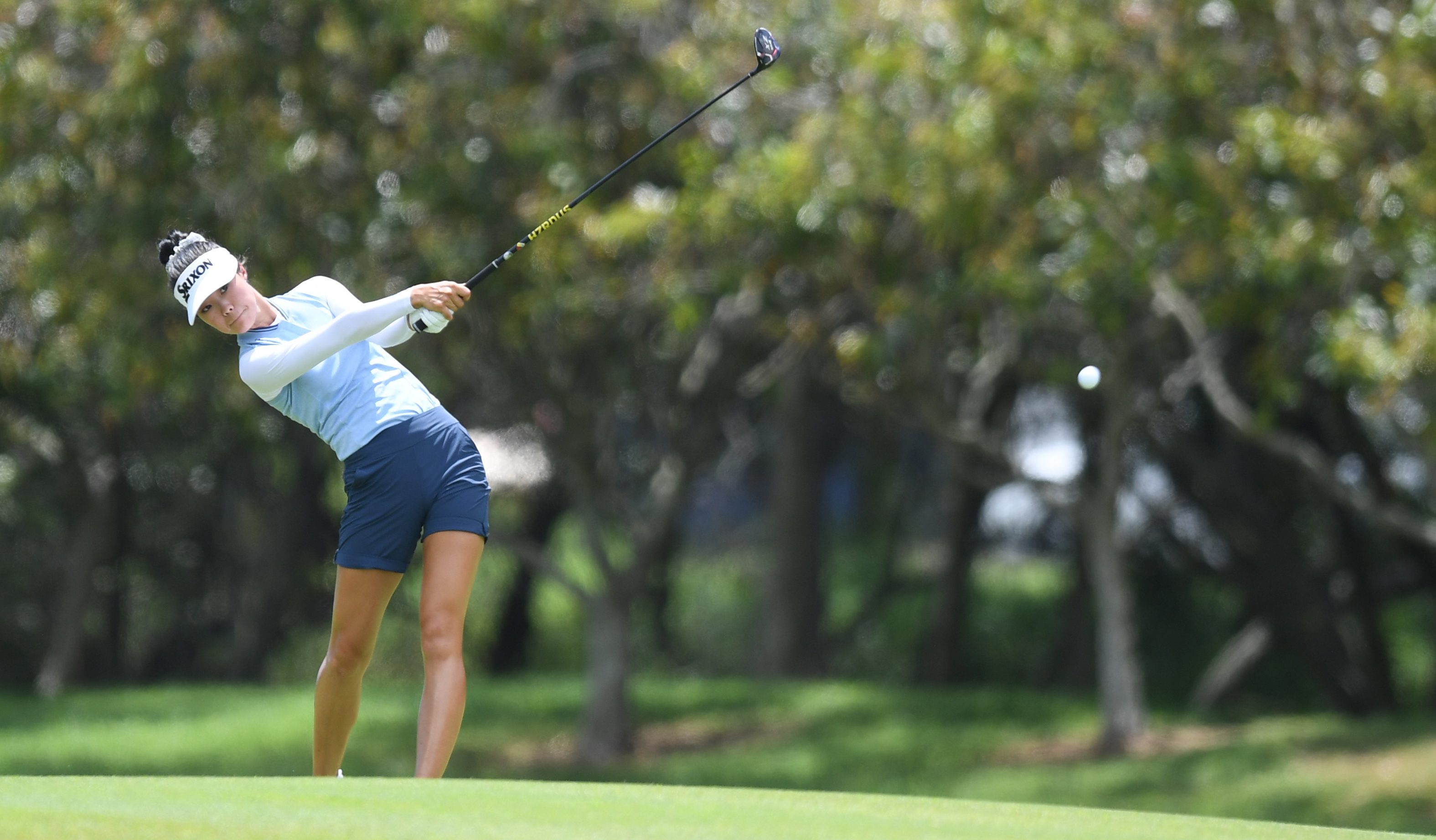 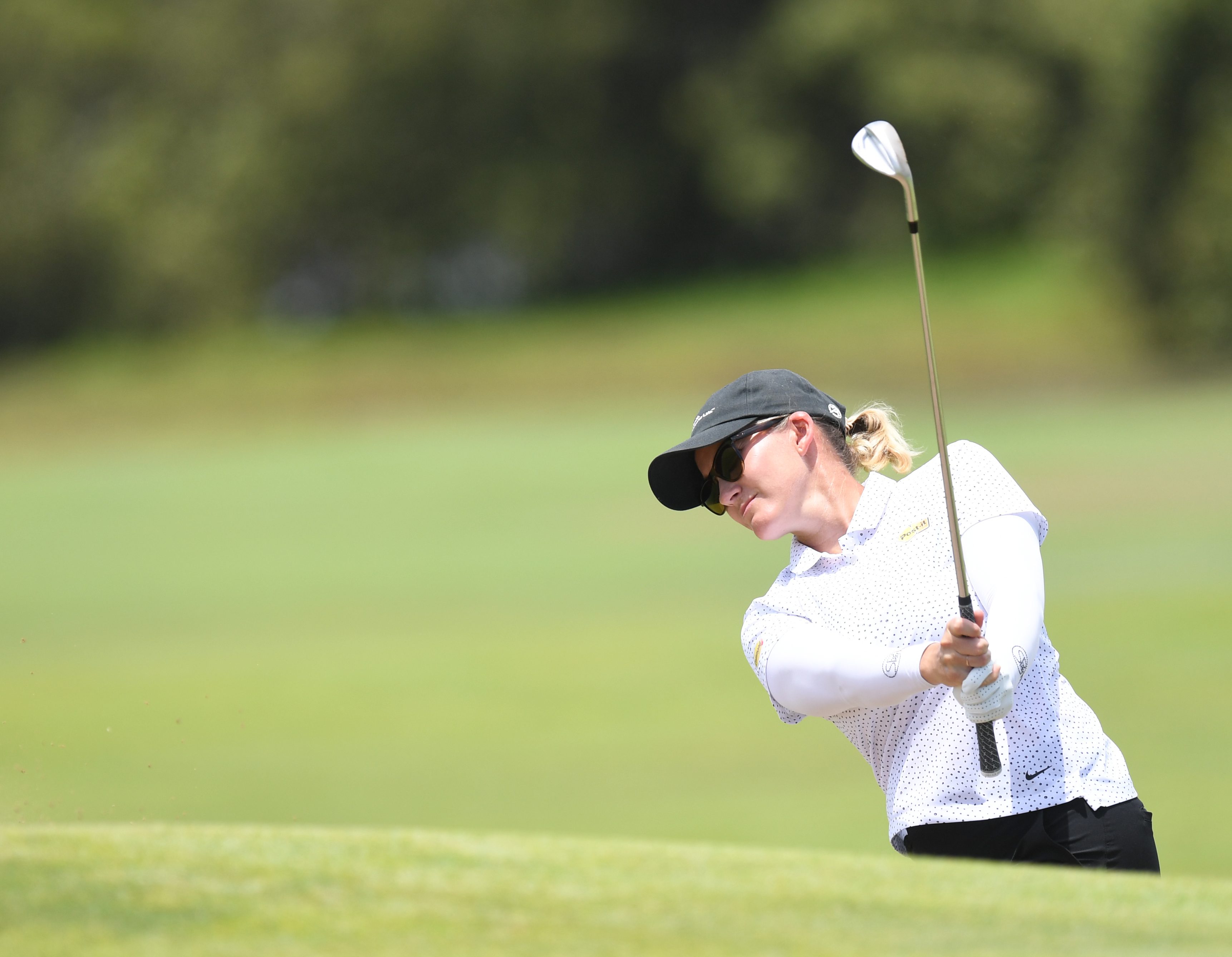 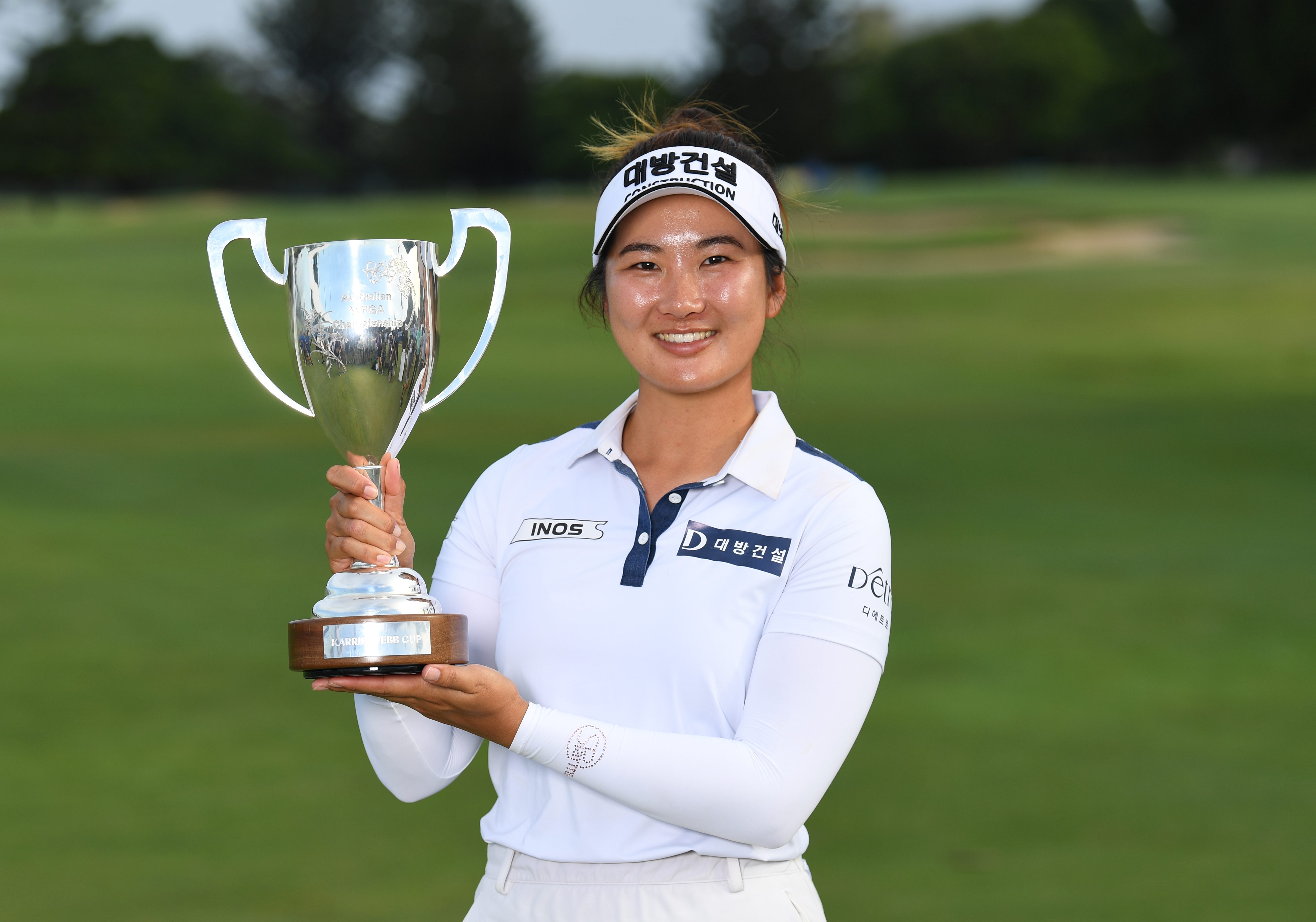 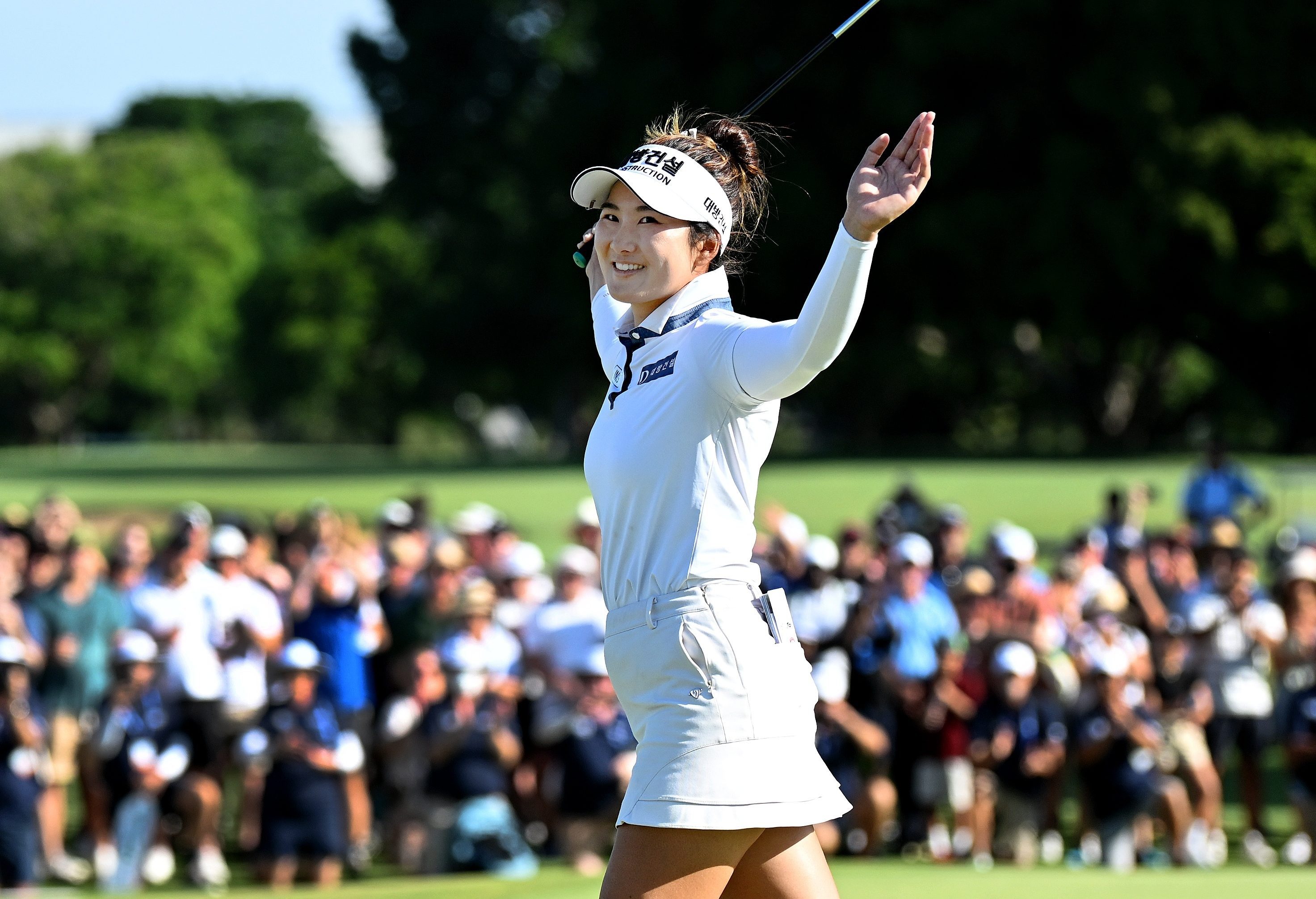 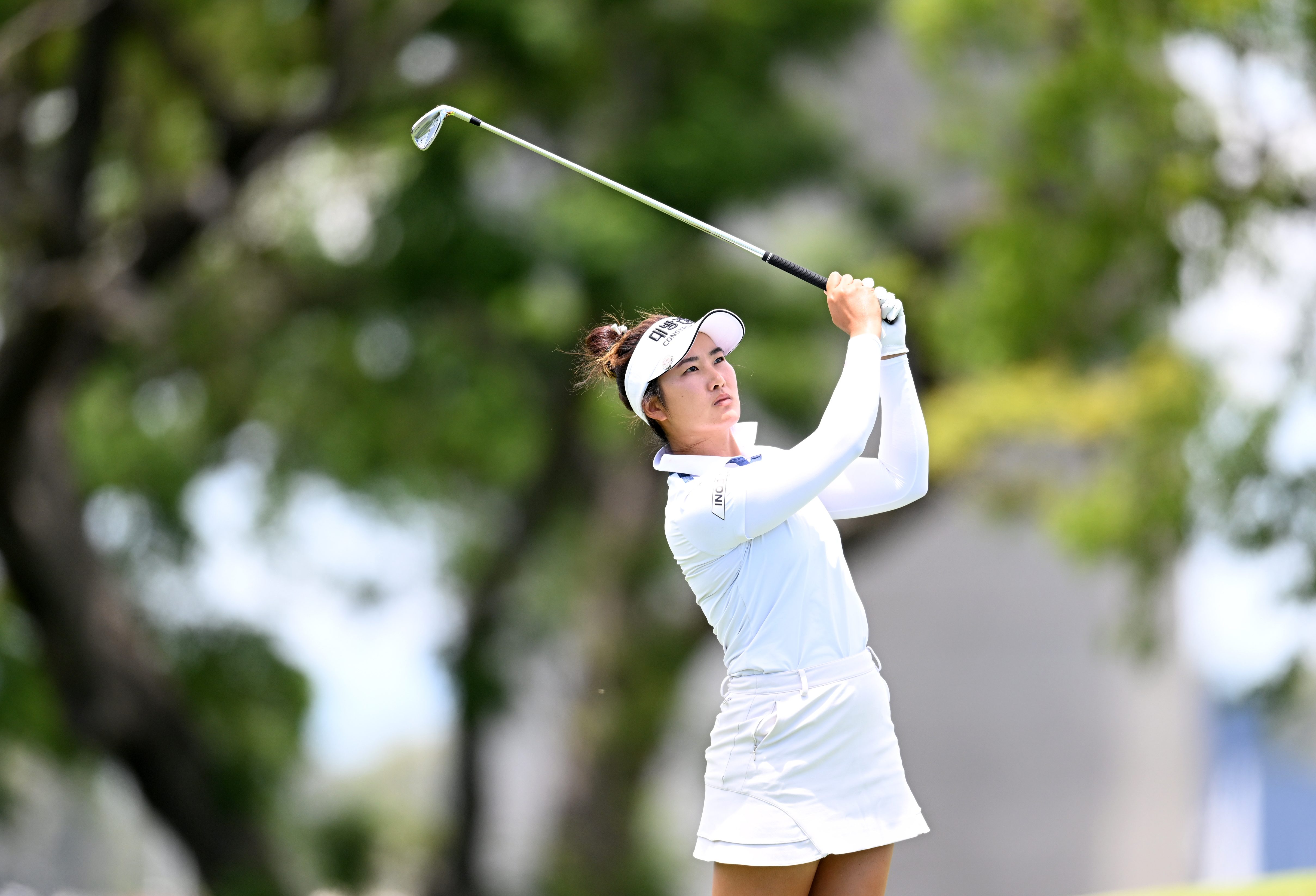 It was a triumph for two young Australian players, the PGA resuming after a year’s hiatus for the pandemic, and the WPGA having its noteworthy debut as a tournament.

Melburnian Oh, 25, won the Australian Ladies Masters on the Gold Coast in 2015 in just her second start as a professional, having been an astonishing amateur. But she had not won since that day, notwithstanding a few near-misses on the LPGA Tour in the United States where she has played since 2016.

She was the top-ranked player in the women’s field and her play matched her billing, adding a 68 today to her earlier 66-72-68 to reach 10 under par overall, and rolling in a lovely birdie putt to finish in front of a raucous crowd around the 18th. She beat Sydney professional Grace Kim (6-under) by four shots in the end, although Kim did hold the lead at several points of the final round.

Oh was an amateur phenomenon, qualifying to play her first Women’s Australian Open at just 12 years old. But her path as a professional hasn’t been so smooth. She has kept a strong perspective, saying this week that at 25 her career was young, but more was expected of her. She is heading back to the US soon and maybe her time is coming.

The key moments in the women’s tournament both came at the par-four 13th hole. Kim attacked the flag from 80 metres and went fractionally long, then her chip back up the slope came back to her, leading to a double bogey, losing the one-shot lead she held at the time. A few minutes later, Oh also missed the 13th green, and was left with a tricky putt from a swale. She holed it for birdie, throwing back her head in delight at a break taken.

She would not relinquish the lead from there.

Oh wins the inaugural Karrie Webb Cup, having been a Webb Scholarship holder in the past.

Jed Morgan, 22, equalled the tournament record of 22 under par but broke the championship’s biggest winning margin – previously eight shots held by Hale Irwin and Greg Norman – in beating Andrew Dodt by a remarkable 11.

He is also the youngest winner of the tournament in 60 years, putting together rounds of 65-63-65-69 at a course he knows all too well as a five-year club member.

Morgan was never threatened, starting out with a nine-shot lead over fellow-Queenslander Dodt and soon making birdies at the first and third holes to stretch the buffer to 11, showing that there were no nerves. He made the occasional mistake – pulled tee shots at the par-three eighth and the 11th holes that cost him shots, and a flared second shot to the par-five 15th into the water, but he was generally able to recover. Notably at 15, he took his penalty drop beside the pond, chipped it up and then buried the putt from long range to save par.

The only highlight he could not manage was a birdie to finish; his short iron shot stopped at five metres but his putt fell short. He had to be content with a tap-in for his first pro win and a huge fist pump for the crowd who included friends, family and club mates.

With the win, he secures three starts on the current DP World Tour, and most likely, a full card for the 2022-23 season in Europe.

This is because of the recently-announced alignment between Europe and the Australasian Tour which means that the top three players on the local order of merit get European cards.

The $180,000 in prizemoney that he picked up almost certainly will not be overtaken in the order or merit, making it career-changing for a young man who only turned pro a couple of months ago.

Morgan put the sport on notice when he won the 2020 Men’s Australian Amateur at Royal Queensland. Today, he franked that talent level and showed that he has a wonderful future.

Originally from the town of Hattonvale, about an hour west of Brisbane, where his grandparents ran a golf facility, Morgan, he has had mentoring from Ricky Ponting, the former Test cricket captain, and his coach is Grant Field, who also instructs Cameron Smith. The latter has been a strong influence upon him as well, hosting him as part of the Cameron Smith Scholarship at home in Jacksonville, Florida.

“I don’t know other than thanking everyone who’s come out and supported me and my playing partners over the last few days,” he said.

“It’s something else. I was thinking about it on Wednesday, and I was like ‘I really hope I make the cut’, because I’d hate to miss the cut at my home track and not put on a good show.

“To have done what I’ve done with my team is so sick.”