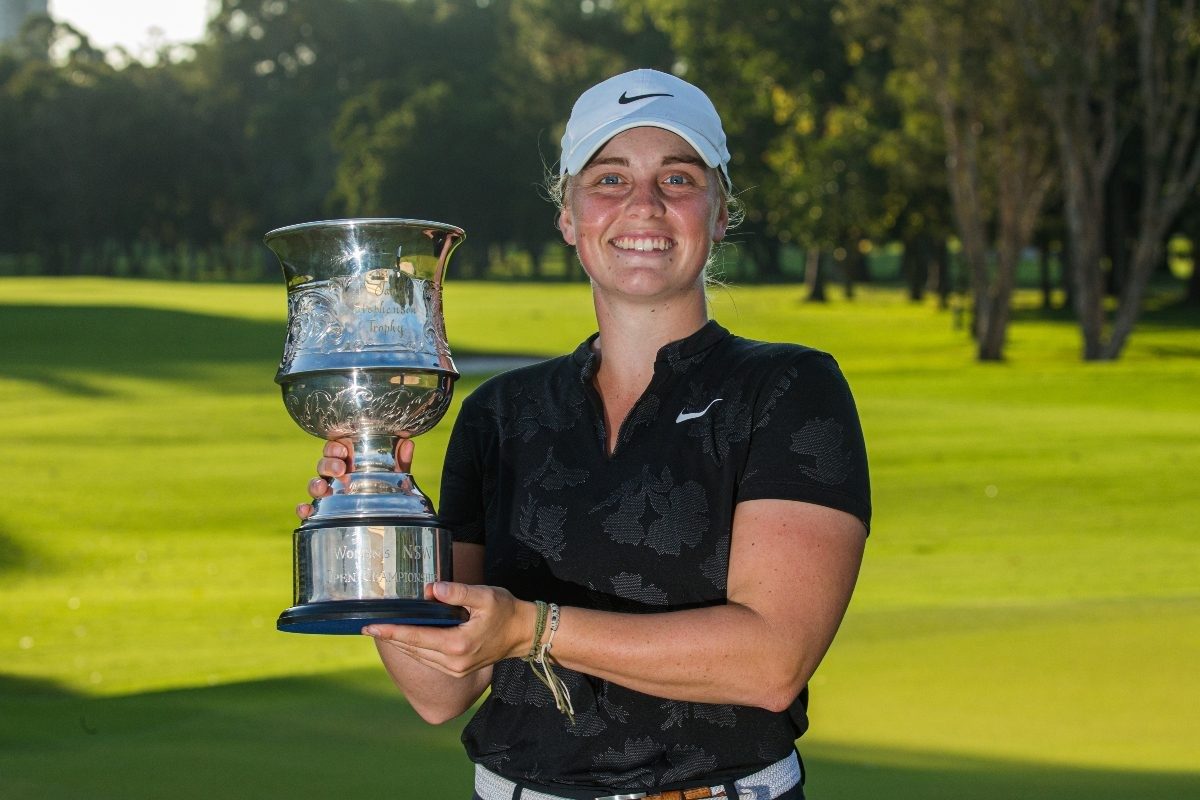 The 22-year-old led from day one at Coolangatta & Tweed Heads Golf Club and carded a fourth round of 70 (-2) to finish on 15-under-par and seal the win ahead of compatriot Johanna Gustavsson.

“I am super happy to get my third win on Tour. It was a slow start to the season in the US and then a couple of second places, so I’m very happy to get the win,” said Stark.

“I started with a birdie on one, so that helped but then it was a birdie drought for a long time until I made a bogey. Then I had to get my act together and finish well. I was a bit stressed because Johanna was playing so good.”

After a birdie on the first, Stark then dropped a shot on the 12th while Gustavsson sunk three birdies on her front nine to be within touching distance.

But the final five holes saw Stark make three birdies and one bogey to seal her third LET win since turning professional last August and claim the Jan Stephenson Trophy.

“It felt like it could slip away, Johanna was just one shot back for a while, so I don’t know if it made me stressed,” she continued.

“I didn’t feel my heartbeat or my heart racing this round, but I get in my head a lot when I feel like I’m not playing as well as other people and they’re catching up. I don’t enjoy starting a Sunday with a lead.

“On 15, it was so nice to finally have a short birdie putt and being able to make that I was so happy and relieved because it felt like it had been forever. When I was on 18, it was a perfect ending to a stressful day.”

Gustavsson began the day four shots back but had soon made up that ground and was within one shot of the lead after 12 holes.

However, three consecutive bogeys saw the 29-year-old drop back but a birdie on 18 sealed a second-place finish for the Swede.

“I was very calm all day, I didn’t really think Maja would let me in. I started really strong and putted really well and had a lot of chances,” said Gustavsson.

“A few of them went in early on, but then I hit some bad shots and I think Maja could breathe again. Overall, I’m really happy. It is a nice way for me to finish this long stretch, I started with a second place, and I am finishing it with a second place.”

Argentina’s Magdalena Simmermacher produced a final round of 71 (-1) for a total of nine-under-par to finish in third place for the second week in a row.

“Today, I struggled a little bit to get my shots closer to the hole and my putts didn’t go in. I played well all day, but my putts didn’t want to go in at all,” she said.

“I finished with a birdie and I’m happy with that. I have played good golf in Australia; I think my game is in a really good position now. I do need some rest, but I tend to play better as the weeks come by, it is good to see some results coming.”

Scotland’s Michele Thomson and Australian Cassie Porter finished the tournament tied for fourth place on eight-under with England’s Hannah Burke and Wales’ Lydia Hall one shot further back in T6.

Australian amateur Sarah Hammett finished as the best amateur for the second week running, carding a 67 (-5) on the final day to be T8 alongside England’s Alice Hewson.

While another two amateurs Australia’s Kirsten Rudgeley and Malaysia’s Jeneath Wong finished in a share of 10th place on five-under-par.

In the 2022 Race to Costa del Sol, Stark has extended her advantage at the top of the rankings and now leads by 547 points over Argentina’s Simmermacher, who has 840.50 points.