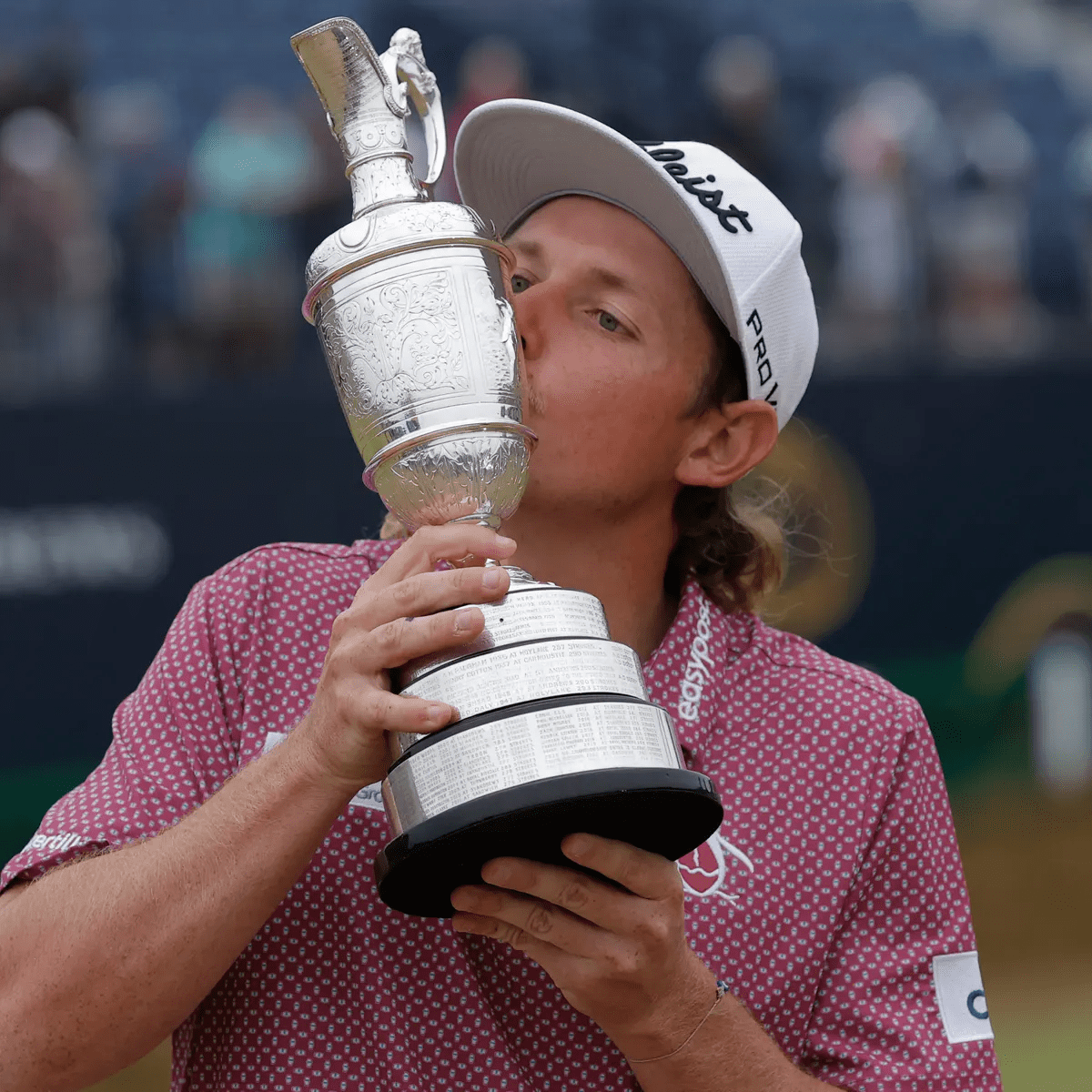 Cameron Smith produced the round of his life at the perfect time today to become just the fifth-ever Australian winner of the Open Championship, golf's oldest event celebrating its 150th playing.


The 28-year-old Smith shot a final-round 64 with a stunning back nine of 30 to overtake Rory McIlroy to win by a shot, securing his first-ever major at the home of golf, St Andrews.

His eight-under effort was the lowest final round to ever win The Open at St Andrews, he also eclipsed Tiger Woods’ record of 19-under from 2000 for the best winning score at the Old Course by one shot and equalled Henrik Stenson’s all-time scoring record to par – at Royal Troon in 2019 – in an Open.

Smith's win was set up by a run of five straight birdies from the 10th to the 14th as the golfing gods smiled on him and the putts began to drop.

He led by a shot coming to the final hole, and made birdie from in front of the green, finishing with a tap-in from inside a metre. But the victory was not secure until McIlroy completed the 18th hole, needing an eagle at the par-four to force a playoff. Once McIlroy's chip skidded past the hole, the honours belonged to the Australian.

Eyeing the famous claret jug that serves as the trophy for the storied championship, Smith said: "I’m definitely going to find out how many beers fit in this thing, that’s for sure.”

A product of Wantima Country Club in Brisbane, Smith has risen from winning an Australian Amateur in 2013 to become the best male player in the country and No. 6 in the world, potentially soon to be No.1.

Today, he said it was the putter that worked for him while on Saturday in his third-round 73, it had failed.

“The only difference today, was the putts were dropping," he said. I spent a little bit of time on the green last night, and just really wanted to see a few putts go in. Yeah, it turned out it was a pretty good thing to do.

“I knew my game was there. I felt really comfortable. At the end of last week, I started playing some really good golf. Yeah, I just really needed to keep doing what I was doing. I didn’t do anything wrong yesterday. It was just really one of those days.

“I think that was the best thing I did all week was just to go out there and spend five minutes on the green.”