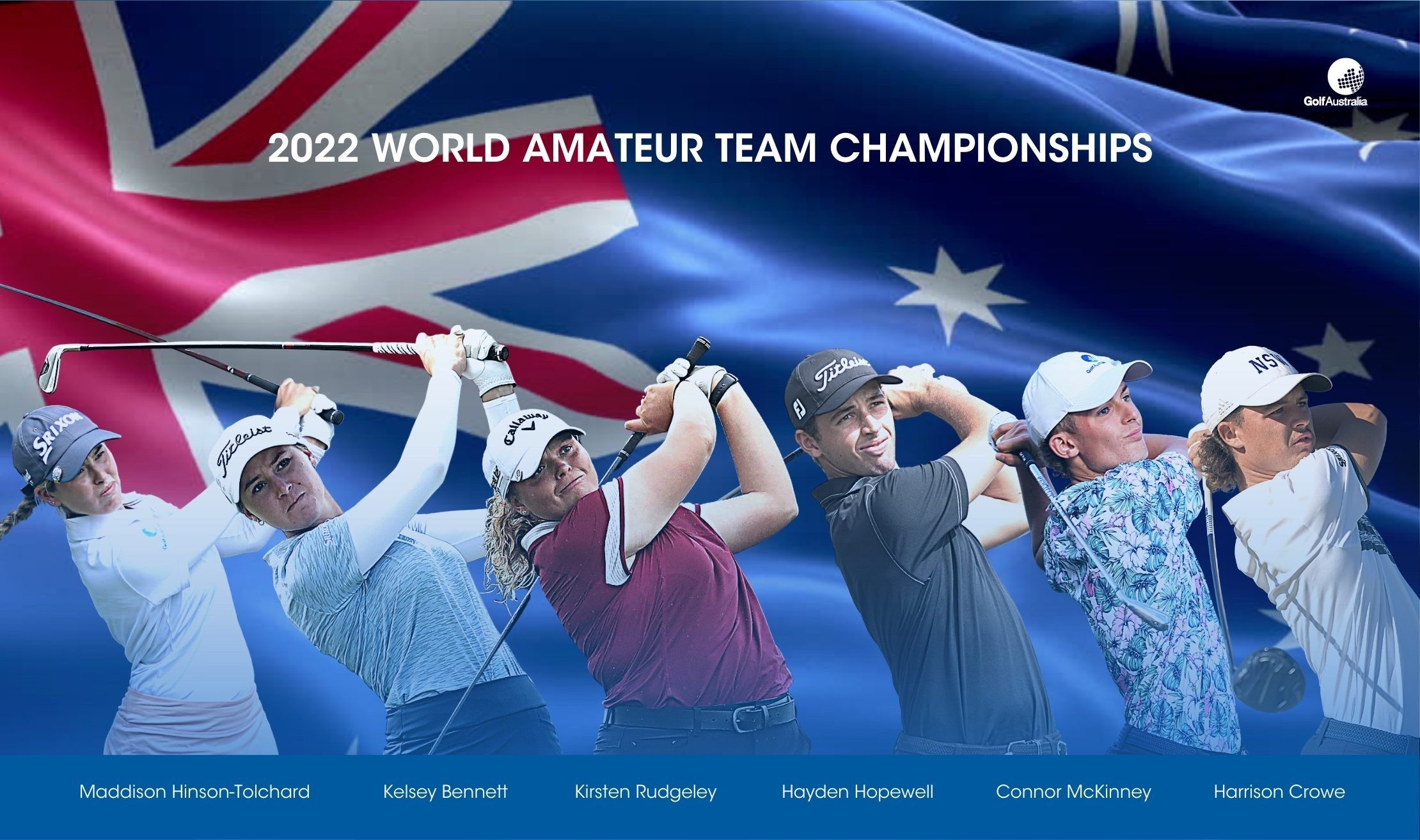 The Australian team for this year’s World Amateur Teams Championship in Paris has been chosen and it is packed with star power.

Two iconic golf courses, Le Golf National - where the 2018 Ryder Cup was staged and the golf events at the 2024 Olympic Games will be played - and Le Golf de Saint-Nom-la-Bretèche, will host as the Australians look to add a new chapter to our nation’s proud history in both events.

Leading that charge off the course will be the two captains - seven-time major champion Karrie Webb and one of the most revered coaches in the country, Ritchie Smith, who is the mastermind behind major champions Minjee Lee and Hannah Green, and Min Woo Lee.

“Kirsten Rudgeley has proven herself to be one of the best amateurs in the world with her wins at home and in Europe, Maddison Hinson-Tolchard has been outstanding on the American college scene and Kelsey Bennett was in the quarter-finals of the British Amateur last week, so we have proven class on the women’s side.

“On the men’s side Connor McKinney is the reigning Australian Amateur champion and he’s recently won an event at St Andrews, Harrison Crowe won at professional level in the New South Wales Open last summer and Hayden Hopewell has also taken out a WA Open so, we have players with proven ability to close out.

“Having a legend in Karrie Webb and one of the world’s best in Ritchie Smith as our two captains gives us respect at the highest level, and the mentoring that the players can take advantage of is very important.”

Webb recently spent time with Rudgeley at the KPMG Women’s PGA Championship in Maryland as part of her scholarship program and the West Australian is excited to build on their existing connection.

“It’ll be good fun. Now that I’ve met Karrie we’ll be able to click right away which will be perfect,” Rudgeley said.

“A couple of months ago it came on my radar so you try to keep playing good golf and you get selected.

“I went to Paris when I was really young, but I’ve never played golf there. It’ll be an awesome competition and our team will be good. I’m really looking forward to it.”

“It’s been a goal of mine since the start of the year. It’s something I looked at and went ‘I really want to make this team’,” the world number 24 said.

“We have a strong team this year. We’re all playing pretty good golf and I can’t see why we can’t carry that on in September.

“I’ve got some studying to do. I’ve got no excuses anyway because there’s a lot of footage of the place from the Ryder Cup.”

Both the men’s and women’s are individual stroke play events with the best two scores from each team added together over four rounds.

The most recent of Australia’s four Eisenhower Trophy wins came in 2016 when Cameron Davis, Harrison Endycott and Curtis Luck triumphed in Mexico, while Australia has lifted the Espirito Santo Trophy three times with Minjee Lee, Su Oh and Shelly Shin the last to do so in Japan in 2014.