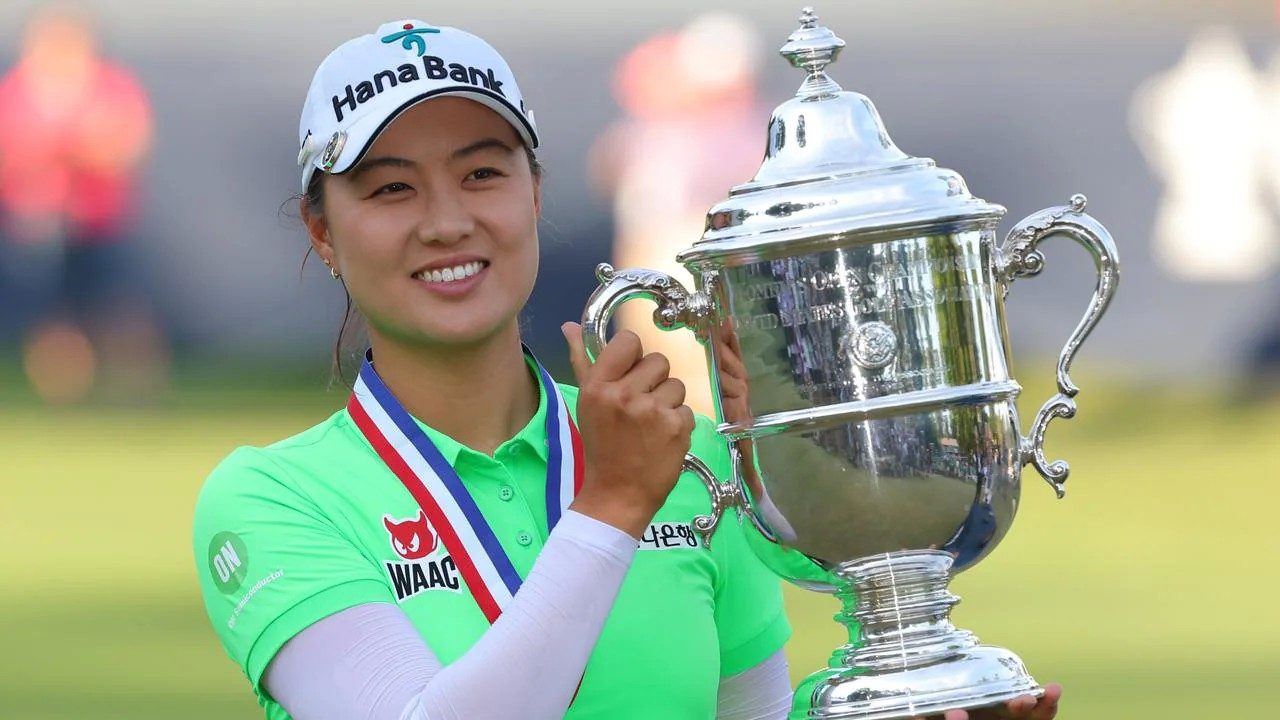 Australia’s Minjee Lee has won the biggest prize in women’s golf – the $US10 million US Women’s Open!

Perth’s Lee, 26, emulated the achievement of her mentor Karrie Webb in winning the most significant tournament in the women’s game at Pine Needles Lodge and Golf Club, where Webb won in 2001.

She did it by four shots, cruising through the final round in even par 71 and was never really threatened despite the gravity of the situation, setting a new scoring record for the tournament. American Mina Harigae was outright second at nine-under to Lee's 13 under.

It is Lee’s second major, after she took out the Evian Championship in France last year, but her greatest moment in the sport, and it allows the current world No.4 to continue dreaming of reaching a No. 1 world ranking.

She will likely jump to No. 3 tomorrow, with Korean Jin Young Ko and American Nelly Korda the only players ahead of her.

The $US1.8 million first prize for today’s win is unprecedented in the women’s game, the USGA having almost doubled the prize money for the Open since last year.

Two-time Olympian Lee, born in WA of South Korean immigrant parents, began the final round three shots ahead at 13 under par, and immediately birdied the opening two holes – including a bomb of a putt at the second – to stretch her buffer over Harigae of the United States to five shots.

From there it was mostly cruise control, as much as that can be in a major championship and with a tough course set-up not yielding many birdies. At the ninth, she ran her birdie putt two metres past the cup but nailed the par-putt coming back, and at the 11th, she made a great up-and-down from beside the green for par and Harigae bogeyed to see the lead stretch back to five shots.

The hammer came thudding down at the 12th, when Lee hit a brilliant short iron to three metres and rolled in the left-to-righter for birdie, pushing the advantage to six shots. A few more good par-saves, and another birdie at the par-5 15th hole, and she was able to enjoy the walk home.

At the 18th, she monstered her tee shot down the middle, hit an iron on to the green, and three-putted for bogey somewhat anti-climactically. A champagne shower from compatriot Hannah Green, who finished tied-28th, was to come immediately afterward.

"I mean, I'm speechless, I can't believe it right now," she said. "It's just super special and such a great honour. It's been my dream since I was a little girl. It's the one I always wanted to win. Now I've done it, it's amazing."

The Australian Lee has promised to do something like this ever since she dominated the amateur scene, winning a US Girls’ championship in 2012, the Australian Amateur in 2013 and 2014, and a world teams championship for Australia in 2014. She picked up the expert coaching advice of Ritchie Smith at Royal Fremantle, and her transition to professional ranks was seamless.

Now living in Dallas, she has won eight times on the LPGA Tour including an event in Phoenix just three weeks ago, dueling for family bragging rights with her younger brother Min Woo, who has won twice on the DP World Tour. She has also represented Australia twice at the Rio de Janeiro and Tokyo Olympics.

Only two other Australians – Webb (twice) and Jan Stephenson – have won the US Women’s Open – and both are World Golf Hall of Fame members.

Coincidentally Lee’s ambition is to be inducted into the same body which has its headquarters in Florida. She is well on the way to getting there.

With her win at the U.S. Women’s Open, Minjee Lee joins Jennifer Kupcho at the top of the 2022 Rolex ANNIKA Major Award standings.