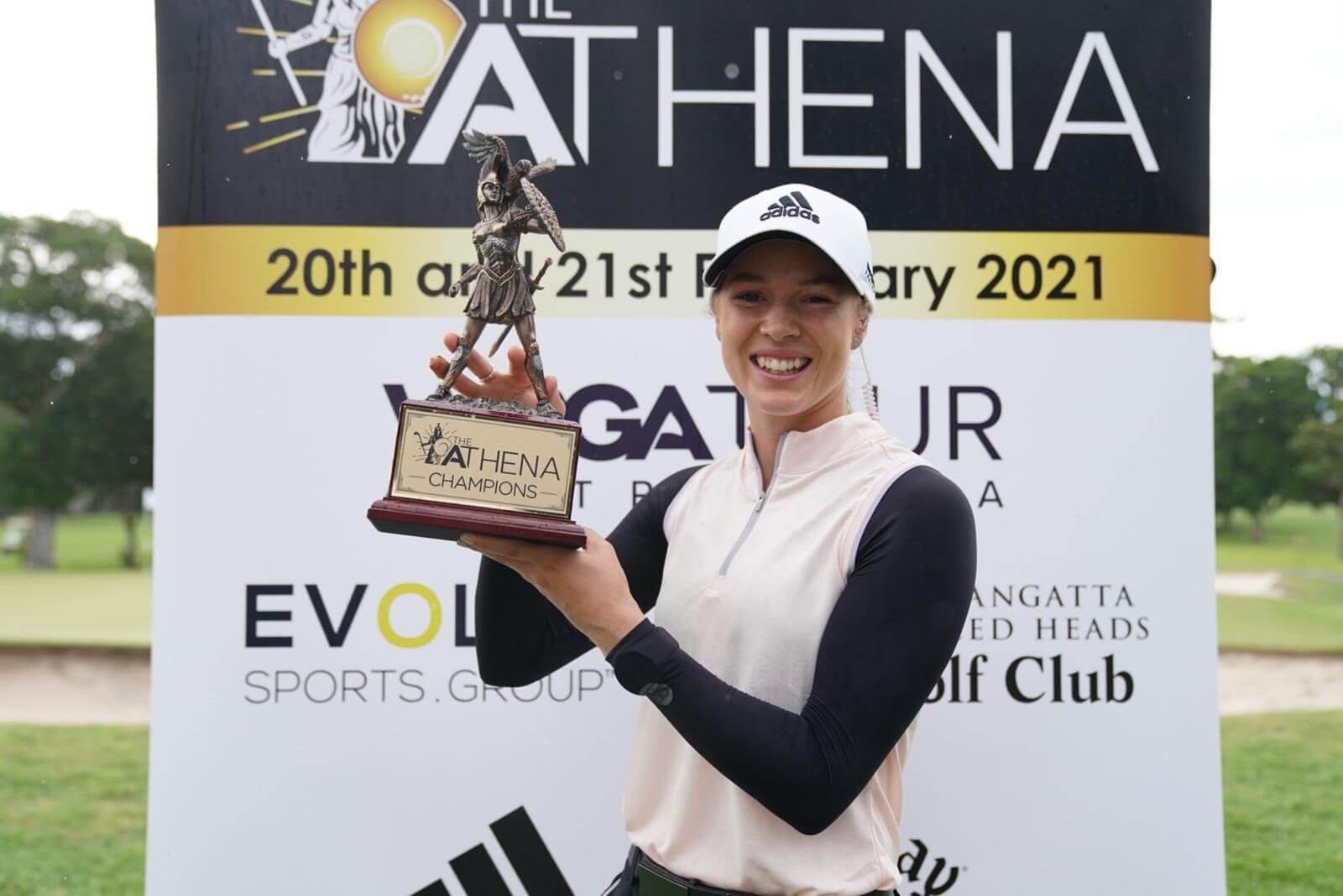 The "Athena", named after the Greek goddess of war strategy and wisdom, is a vibrant symbol of youthful strength and Blum stuck to the script pulling out quality shots under pressure in the quarter final against Gold Coaster Robyn Choi, the semi-final against local favourite Becky Kay and again in the final against Matsumoto.

Blum stood on the Par-5 3rd playoff hole in the Final with a two-shot advantage over the Victorian and looked to be in complete control after finding the fairway off the tee. However the 23-year-old left the door ajar for Matsumoto after blocking her second shot some 40 metres to the right of the green leaving herself an almost impossible pitch shot.

While the drama on the final had the crowd enthralled, ultimately the 2-shot advantage was too much for Matsumoto to overcome and Blum managed to 2-putt from 8 metres to claim the inaugural Athena title.

An emotional Blum was sprayed with champagne by her fellow competitors and admitted that the win would be life changing, "I cant even begin to express what this means to me. Last year was tough as I really felt that I ready to play my best golf but with Covid I never got the chance to test myself. This win will give me so much confidence moving forward, and the thirty thousand dollars will give me the opportunity to reconsider my plans for 2021!"

WPGA Tour of Australasia CEO Karen Lunn said that she was delighted for Blum, "This is exactly the kind of result we were hoping for, we are so excited for what this will mean to Kristalle and her future career. I would really like to thank our event partners Evolve Sport, Coolangatta & Tweed Heads Golf Club, Adidas Golf, Callaway Australia, Right Foot Podiatry and FoxSports Australia for sharing our vision for the Athena, we have no doubt that this will be the first of many".

Article courtesy of the WPGA Tour of Australasia.