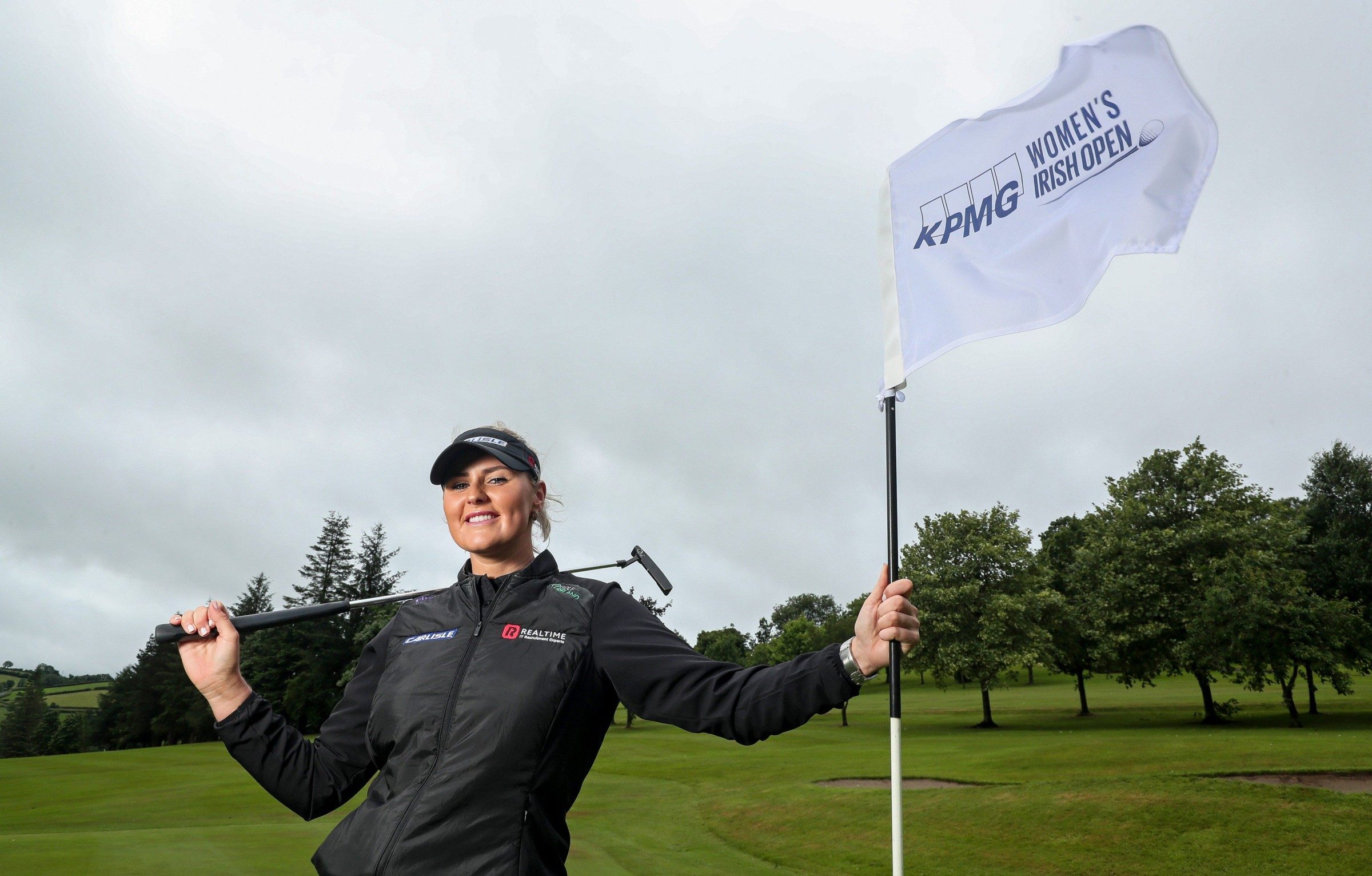 Long-term supporter of both women’s sport and golf in Ireland, KPMG has announced that it will become the title-sponsor of the KPMG Women’s Irish Open for the next three years. The tournament which is returning to the Ladies European Tour (“LET”) schedule, following a ten-year absence, will take place from Thursday 22nd to Sunday 25th of September 2022.

The event will be staged at Dromoland Castle’s championship course in County Clare and tickets for the KPMG Women’s Irish Open are now on sale at www.womensirishopen.ie. Four-day tickets are priced at €35 while single-day tickets will cost €15. Under 16s attending the event will also be admitted free of charge.

Today’s announcement is an extension of KPMG’s ongoing commitment to the development, advancement, and empowerment of women’s sport in Ireland. Having previously supported the 20x20 campaign and its ongoing sponsorship of Irish golfer Leona Maguire, Irish jockey, Rachael Blackmore and the Dublin Ladies Gaelic football team, KPMG has strived to create a #LevelGround between men and women’s sport in Ireland.

In addition to its support of women’s sport in Ireland, KPMG also works to help inspire greatness amongst golfers at both the grassroots and professional level of golf. KPMG has a long and proud heritage in the game of golf, both in Ireland and abroad, having been title sponsor of the KPMG Women’s PGA Championship since 2015, one of five majors in the women’s golf which took place last week in Maryland, USA. The tournament had a total purse of $9 million, a 300% increase on the total purse prior to KPMG’s sponsorship of the event, with the winner receiving $1.35 million. In Ireland, KPMG is also the title sponsor of the KPMG Irish Kids Golf Tour, which is open to girls and boys aged 6 to 13 years old and features some of the best young golfers in Ireland.

Speaking about today’s announcement, Declan Keane, KPMG Chief Operating Officer said “KPMG is thrilled to announce that it will be the title sponsor of the Women’s Irish Open ahead its historic return to the LET schedule in September. We are incredibly proud of our history in supporting both the game of golf, as well as women’s sport in Ireland, and with today’s announcement we look forward to building our relationship with both over the coming years. As a Firm, we are committed to investing in young talented people in Ireland and it is my hope that the KPMG Women’s Irish Open will inspire the next generation Irish golfers to compete at the highest level of the game.”

Mark Nolan, Managing Director at Dromoland Castle added “Dromoland Castle are delighted to welcome KPMG as title sponsor for the Women’s Irish Open. We look forward to working together in staging the historic return of this event to Ireland for the first time in 10 years. KPMG’s commitment to women’s sport & women’s golf over the past number of years, both in Ireland & beyond are a clear indication of their vision & we are delighted to join them on this journey & help establish the KPMG Women’s Irish Open as one of the premier events of the Ladies European Tour. Alongside our recent investment of €2 million on our championship golf course, we look forward to providing a platform for the leading women golfers to showcase their talents in September.

Minister for Tourism, Culture, Arts, Gaeltacht, Sport and Media, Catherine Martin said, “The excitement around Ireland’s women golfers and their growing success is inspiring. It is welcome news of the sponsor for the Women’s Irish Open, which is making a very welcome return to the Irish sporting calendar.  Irish women’s golf is on a high and this event will showcase not only the fantastic golfing talent in Ireland, but hopefully inspire more women and girls to play the sport. The event is also another opportunity to show our great golf courses to the many potential overseas visitors and promote Ireland as a premier destination for golf tourism around the world. Prior to Covid, more than 200,000 international visitors came to play each year. We are hoping to see an increased number of golfers returning to play in Ireland in 2022 and beyond.

Minister of State for Sport and the Gaeltacht, Jack Chambers said: “It is great to see that arrangements for the return of the Women’s Irish Open are proceeding and sponsors are coming on board to support the event.  The staging of world-class events is important for the development of high-performance sport and it is fitting that women’s professional golf returns to Ireland as we look to grow participation in the game and nurture future talent.  Ireland’s female golfers are enjoying great international success which hopefully will help inspire a new generation of talented players and grow women’s golf all across the country.  My Department recently ran a public consultation on major sports events and events such as this are very welcome addition to the sports events landscape.

Vicky Tyas, Commercial & Marketing Director of Golf Ireland, said “It’s wonderful to see a global company KPMG adding their name to the Women’s Irish Open. The calibre of the venue at Dromoland and now the addition of KPMG as lead sponsor over the next three years gives the event enormous strength and depth. It is a tremendous commitment and vote of confidence in the development of women’s golf and we, at Golf Ireland, are sure that the re-establishment of the event will inspire many young children to take up the game and participate in the various levels of the Golf Ireland Pathway in the years ahead."

To keep up to date with all the latest news and player announcements for the KPMG Women’s Irish Open, please visit www.womensirishopen.ie. You can also follow the tournament via social media by following @womensirishopen on Instagram and Twitter.