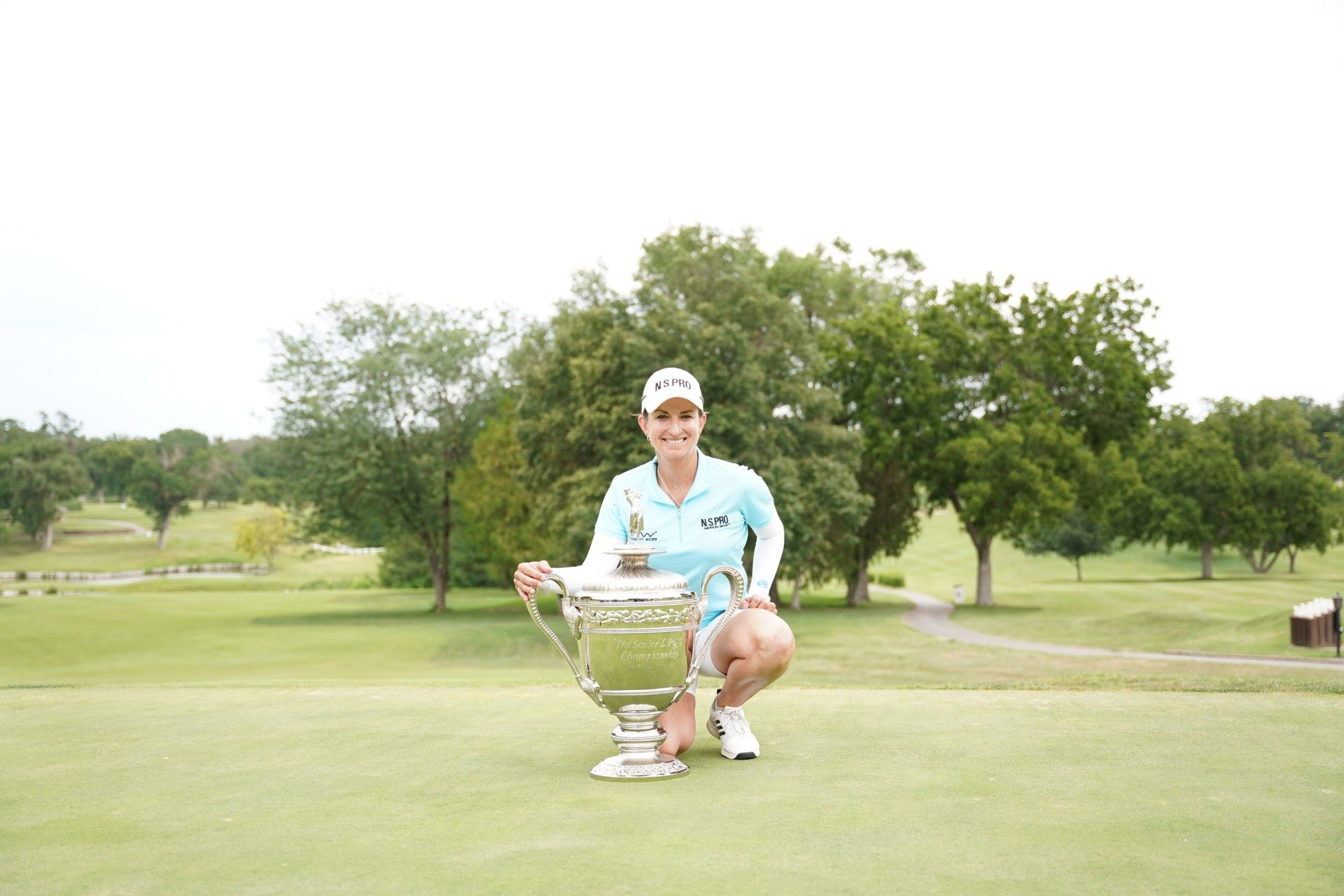 Karrie Webb solidified her first victory on the Legends Tour, defeating long-time competitor, Annika Sörenstam by four strokes. The Aussie finished the week 14-under. With Sörenstam breathing down her neck, Webb knew she was going to have to bring her A-game during the final round.

“It’s been a long time since I’ve had to make putts down the stretch to win a golf tournament,” laughed Webb. “So the mouth was getting dry and the little putts were seeming a little bit longer.”

It was evident right off the bat that the duo would go back at forth at the top, when Sörenstam chipped in for eagle on No. 1. Instead of letting it mess with her head, Webb used the accomplishment as motivation.

“It was kind of a game on moment,” said Webb. “Once that went in, I was like alright here we go. I just knew I had to play my best golf.”

Webb also had an eagle of her own on No. 14, to go along with six birdies. The adrenaline of being at the top with Sörenstam was not something she has had in a long time.

“I’m not used to playing golf with adrenaline,” said Webb. “It was hard to know how far I was hitting it, so it was a bit of a guessing game, but I think I did pretty good overall with it.”

“We got great support this week for how hot it’s been,” said Webb. “It was nice to see so many people out and supporting us.”

Sörenstam finished the week in second place, at 10-under. Her 3-under final round performance consisted of three birdies, all on the front nine, and the lone eagle to start her round. The Swede put up a fight on the back nine, but ultimately fell short of Webb.

“I wish I would have continued that pressure that I started on,” said Sörenstam. “It would have been fun, but I think I ran out of gas a little bit.”

The hall of famer says she likes being in the position she was heading into the final round – two strokes back with all eyes on their group.

“I think it was a great head-to-head for most of the day, and I think we both played well,” said Sörenstam. “She just came out on top this time. But it’s always nice to have the fans and spectators out there cheering and creating a good atmosphere.”

Throughout the highs and lows of the round, Sörenstam leaned on her family for support. Her husband and children were always right there and ready for both celebratory and consoling hugs as she walked to the next hole.

“That’s why I play,” said Sörenstam. “It’s all about them. I want them to be part of it, you know, we’ve been going through this journey together. They’ve been supporting from start to finish, so I want them to feel like this is part of theirs and part of what they do. They mean the world to me.”

Seven strokes behind Webb, and three behind Sörenstam, was Laura Diaz. Her 2-under final round put her in solo third at 7-under. Like Sörenstam and Webb, Diaz recorded an eagle to accompany two birdies.

“I left a couple out there, so a little frustrated by that,” said Diaz. “But overall, it was a great week. Not just the golf, but I met a great couple new families, and Salina was a great place to come to. One better than last year, so moving on up and going in the right direction.”

Becky Morgan, Michele Redman, Juli Inskter, and Lisa DePaulo round out the top 5, tied for fourth at 4-under.

Made two cuts in three starts with one top-20 finish


ABOUT LEGENDS OF THE LPGA