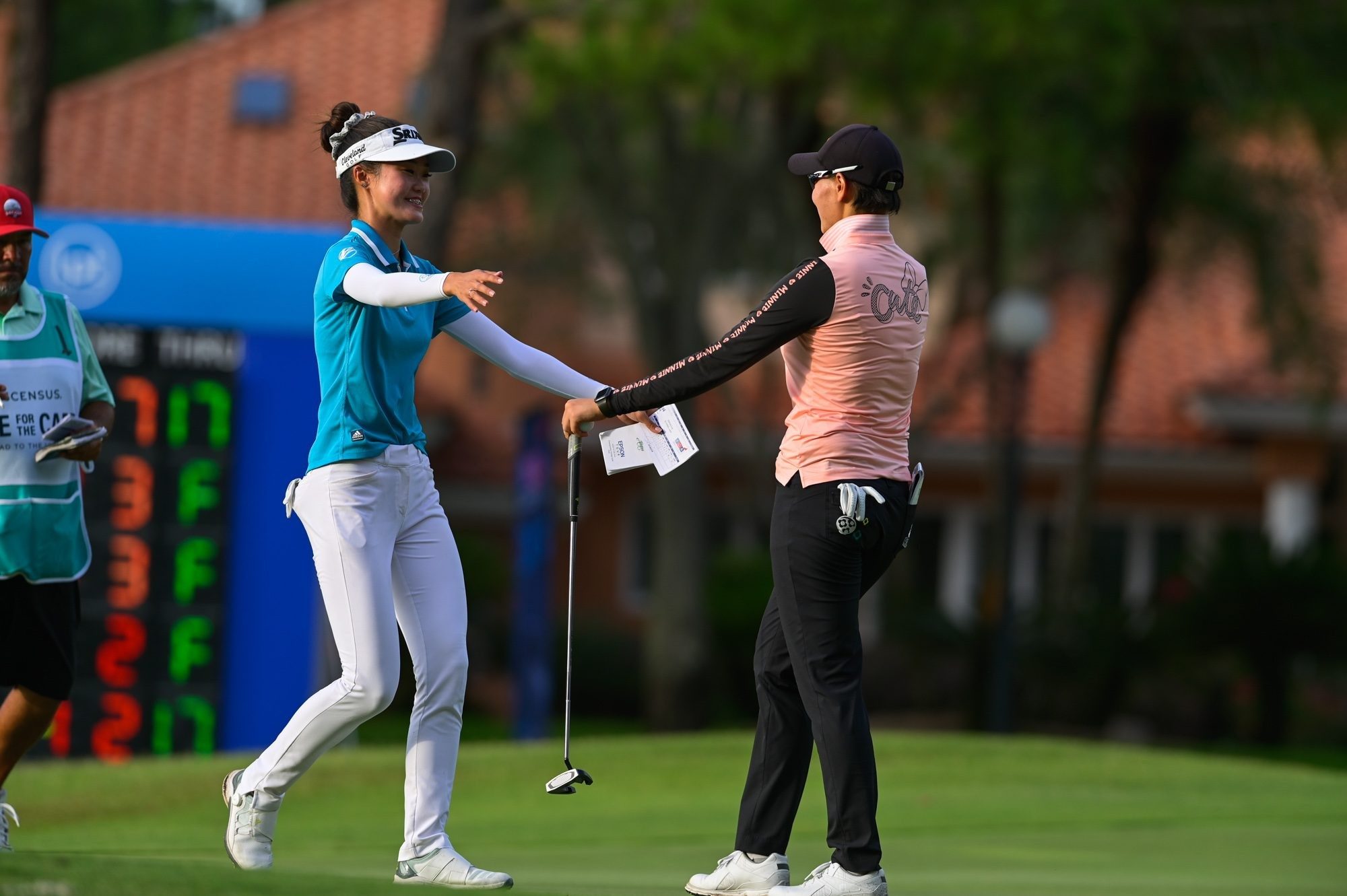 Despite an early bogey in the final round, Grace Kim turned in a brilliant 7-under par 64 on Sunday at Alaqua Country Club in Longwood, Fla. to win the IOA Golf Classic presented by LPT Realty. The 21-year-old set the 54-hole tournament scoring record of 18-under 195 en route to a five-shot victory, her first on the Epson Tour.

Five years ago, fellow Aussie Hannah Green won the IOA Classic. She went on to finish in the Race for the Card top 10 that season and earn LPGA Tour membership for 2018.

“I did not expect a win this early in my Epson Tour career,” said Kim, an Epson Tour rookie. “To have an Epson Tour event as my first professional win is quite special, and to have dad [Shin Hyung] on the bag takes it over the top.”

The turning point was a three-shot swing at the par-4 5th. Kum-Kang Park held a two-stroke lead but a double bogey by the Race for the Card No. 1, coupled with a birdie from Kim, turned the advantage in Kim’s favor. She never looked back, recording four more birdies and an eagle the rest of the way.

“I actually didn’t know she [Kum-Kang] was taking a drop until she was chipping. It was definitely a big momentum builder, sort of got my confidence back up after a bogey on No. 2,” said Kim, who hit 17 greens in regulation. “I’m glad I made that putt [for birdie].”

Kim emphatically sealed her first professional win by going 3-under par over the final three holes, which included an eagle on the par-5 16th.

“My favorite hole was No. 16 with the tee on the left side, moved up a bit,” Kim said. “I hit driver then was a bit hesitant with 3-wood but hit probably the straightest 3-wood I ever have and made a 16-foot putt up the hill. It was easy but doesn’t happen like that often.

“After that, I had a big sigh and weight-off-the-shoulder moment.”

A two-time winner on the Women’s All Pro Tour in 2021 as an amateur, Kim discussed the impact the WAPT had on her development.

“The Women’s All Pro Tour is a big steppingstone for the Epson Tour. It helped to build character and confidence in my game,” said Kim. “Those two wins made me learn how to relax on the golf course, focusing on one hole at a time. Like today, anything could have happened. I’m really grateful for those achievements late in my amateur career.”

Hyo Joon Jang signed for a bogey-free 64 to finish in a tie for second with another Aussie, Sarah Jane Smith (68).

See the winner's interview here thanks to the Epson Tour.