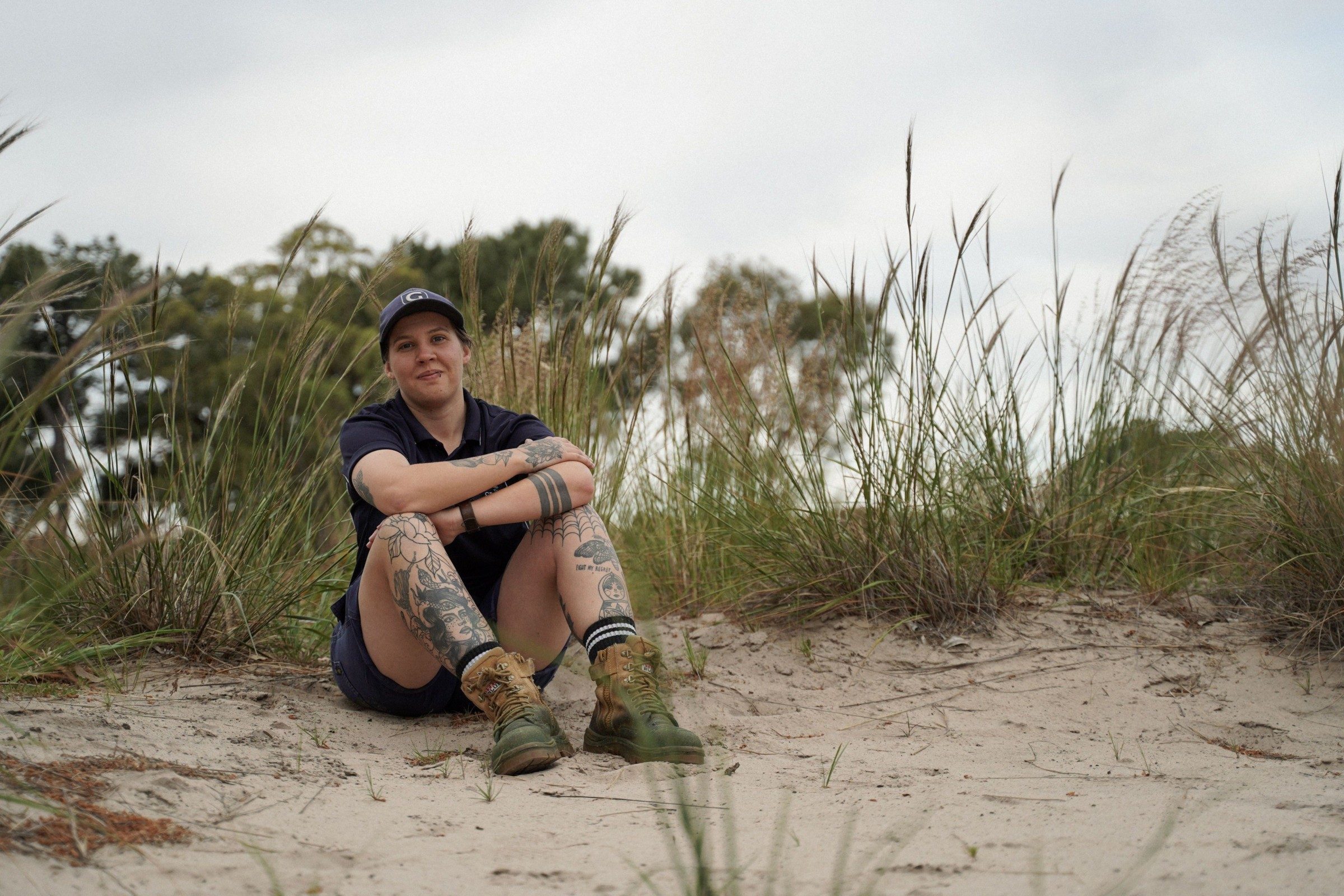 A conversation with Jess Abercrombie

Jess Abercrombie, 29, is the Biodiversity Manager at The Grange Golf Club in South Australia. She is currently studying a Diploma in Conservation Land Management and an Associate Degree in Mining Engineering. In her daily role she works to establish and protect more than 100 native plant species around the golf course. We caught up with Jess to chat about what she’s up to at The Grange.

What does a biodiversity manager do?
My main job is maintaining all the out of play areas around the course, so I've got 50 hectares of native vegetation, wetlands — anything that's not turf-related is my area. That would be weed control, tree work like cutting trees down or neaten them up, re-vegetation, basic maintenance sort of stuff. We've got a few big projects going on at the moment.

How did you get started?
I've got a certificate three in conservation land management. I started off in an apprenticeship and pretty much halfway through my apprenticeship, my boss bumped me into the manager role, and I just kind of ran with it really.

What is your interaction with members like at the club?
I know that I can be their worst enemy at times, in terms of, I'm going to plant things in places and they're going to worry that it's going to interact with playability, but generally, if I'm doing something I'll always put the game of golf first and instead of the environment, and I'll try and incorporate those two, so I do have a generally pretty good relationship with them.

How do you get the balance right between environment and playability at Grange?
It just depends on the area so like if we're around tees, we can normally bulk that out with new plants and stuff. Fairways, we try and keep it pretty sparse. In terms of the playability side of things, if I have to, I'll take a tree out completely, and then we'll just plant five more somewhere else on the course — not anywhere that's going to impact play.
We work closely with other golf clubs and their Environmental Managers in our area to create corridors of biodiversity in the urban areas we’re situated in to strengthen the fauna and flora populations within the Adelaide coastal regions.

Do you think the work you do helps offset some of the less eco aspects of golf?
Oh, definitely. Some of our spraying regimes have changed a little bit around certain areas of the course because we have such important environmental areas that we don't want any off spray or irrigation chemicals getting into those areas.
They're heading in the right direction towards those sorts of things in employing people like me, and, and focusing more on how they can balance the environment with sports turf management. In my opinion, and in some university studies that I've read, (golf courses) are the most important green spaces in urban areas, compared to parkland due to the biodiversity.

What's the best part of your job?
The best part, I guess, is kind of having a vision of where, where this place could go in the future, and keeping that vision in mind and just putting that into action, even though it's going to take five to 10 years to establish, we know that there's a lot of potential.

Toughest part of your job?
Probably waking up at four o'clock in the morning knowing you’re going to work in the rain, that's pretty hard! But generally, it would be that though I have a vision, no one else is going to see that for five to 10 years. The greenskeepers’ get instant satisfaction with their work and mine is very much a slow process.

How has your workplace been set up for you as a female worker?
Honestly, my first two and a half years they didn't have the facilities for females down in the maintenance area...but last year, they built a new maintenance facility and now the females on staff now have their own locker room and bathroom.

What would you say to any girls who aspire to get into the same industry?
If you want to go for it - just do for it. It’s becoming much more common to see females making their mark on things in traditionally male dominated industries.