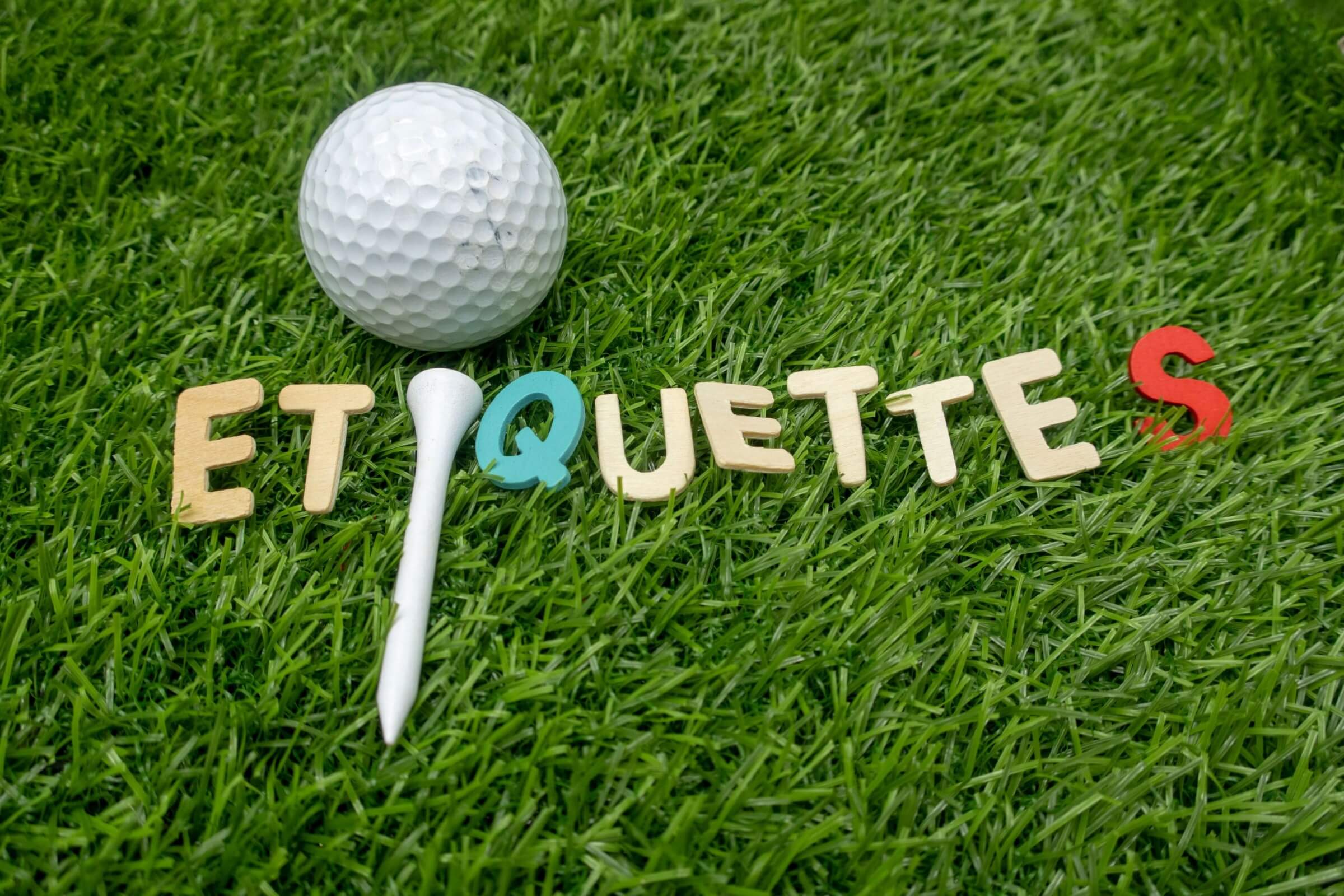 ETIQUETTE, SPIRIT OF THE GAME AND PACE OF PLAY

The Rules of Golf Etiquette;
Behaviour on the Course

Introduction
This section provides guidelines on the manner in which the game of golf should be played. If they are followed, all players will gain maximum enjoyment from the game. The overriding principle is that consideration should be shown to others on the course at all times. The Spirit of the Game Golf is played, for the most part, without the supervision of a referee or umpire. The game relies on the integrity of the individual to show consideration for other players and to abide by the Rules.

All players should conduct themselves in a disciplined manner, demonstrating courtesy and sportsmanship at all times, irrespective of how competitive they may be. This is the spirit of the game of golf. Safety Players should ensure that no one is standing close by or in a position to be hit by the club, the ball or any stones, pebbles, twigs or the like when they make a stroke or practice swing. Players should not play until the players in front are out of range.

Players should always alert green staff nearby or ahead when they are about to make a stroke that might endanger them. If a player plays a ball in a direction where there is a danger of hitting someone, he should immediately shout a warning. The traditional word of warning in such situations is “fore”.

Consideration for Other Players
Players should always show consideration for other players on the course and should not disturb their play by moving, talking or making unnecessary noise.

Players should ensure that any electronic device taken onto the course does not distract other players.

On the teeing ground, a player should not tee his ball until it is his turn to play.

Scoring
In stroke play, a player who is acting as a marker should, if necessary, on the way to the next tee, check the score with the player concerned and record it.

Pace of Play
Play at Good Pace and Keep Up. Players should play at a good pace. The Committee may establish pace of play guidelines that all players should follow. It is a group’s responsibility to keep up with the group in front. If it loses a clear hole and it is delaying the group behind, it should invite the group behind to play through, irrespective of the number of players in that group. Where a group has not lost a clear hole, but it is apparent that the group behind can play faster, it should invite the faster moving group to play through.

Be Ready to Play
Players should be ready to play as soon as it is their turn to play. When playing on or near the putting green, they should leave their bags or carts in such a position as will enable quick movement off the green and towards the next tee. When the play of a hole has been completed, players should immediately leave the putting green.

Lost Ball
If a player believes his ball may be lost outside a water hazard or is out of bounds, to save time, he should play a provisional ball. Players searching for a ball should signal the players in the group behind them to play through as soon as it becomes apparent that the ball will not easily be found. They should not search for five minutes before doing so. Having allowed the group behind to play through, they should not continue play until that group has passed and is out of range.

Care of the Course
Bunkers; before leaving a bunker, players should carefully fill up and smooth over all holes and footprints made by them and any nearby made by others. If a rake is within reasonable proximity of the bunker, the rake should be used for this purpose.

Preventing Unnecessary Damage; Players should avoid causing damage to the course by removing divots when taking practice swings or by hitting the head of a club into the ground, whether in anger or for any other reason. Players should ensure that no damage is done to the putting green when putting down bags or the flagstick. In order to avoid damaging the hole, players and caddies should not stand too close to the hole and should take care during the handling of the flagstick and the removal of a ball from the hole.

Note: the above etiquette and player behaviour information is provided by Golf Australia courtesy of the Royal & Ancient Golf Club of St. Andrews.