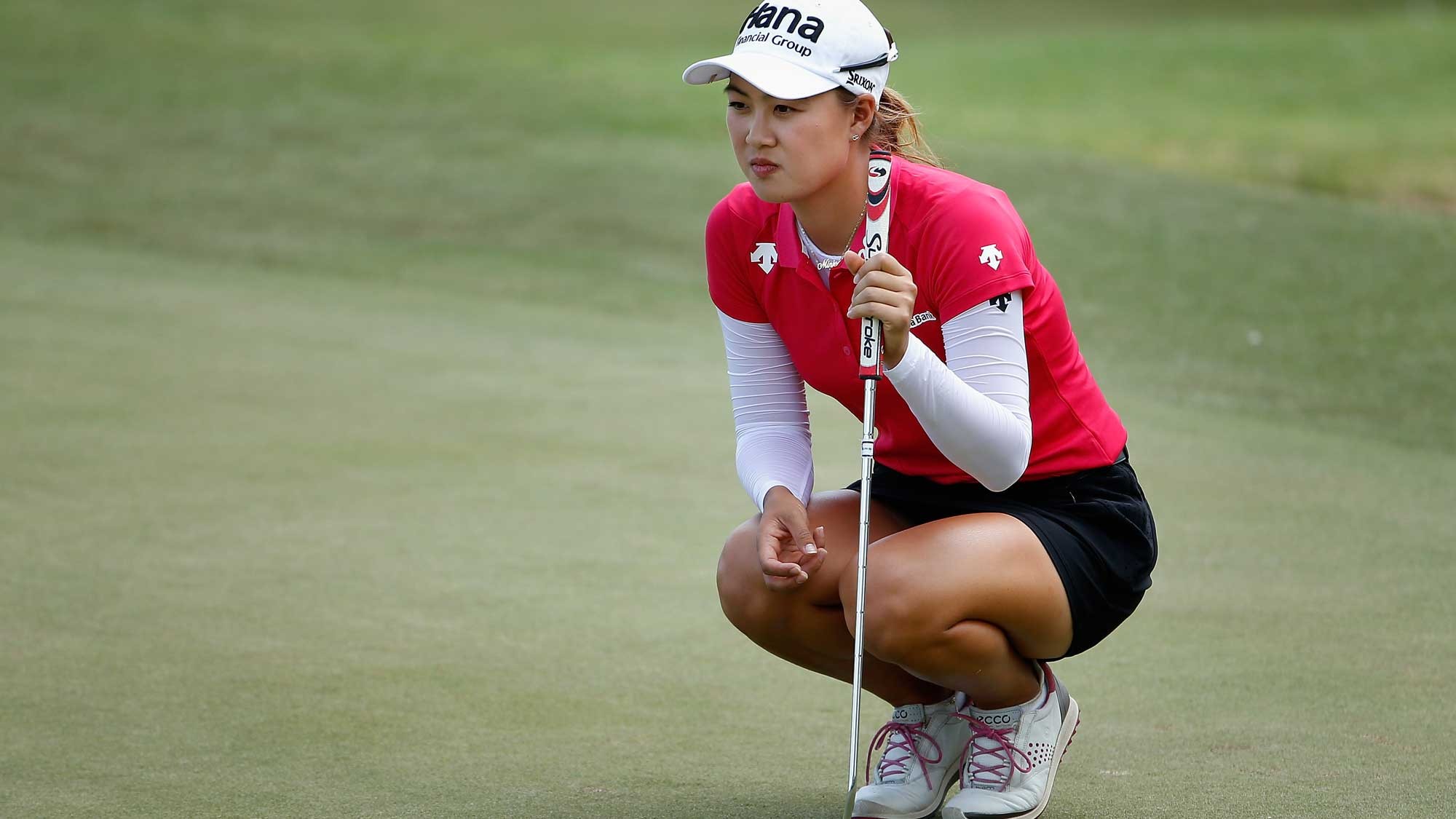 Minjee Lee has finished second at the Walmart NW Arkansas Championship by just one stroke but it took an extraordinary feat to beat her.

With aces in each of her first two rounds at the sixth and 11th holes respectively, Japan’s Nasa Hataoka (67) became just the fifth player in LPGA Tour history to record two hole-in-ones at the same event and the first since 2016.

Those two perfect shots saw her begin the final round level with Lee at 12-under par and she applied the pressure early with birdies at three of her first four holes to edge two strokes clear.

Lee’s bogey at the par-4 fifth saw her fall another shot back and when she bogeyed the par-4 ninth was four shots adrift heading into the back nine.

A birdie at the par-4 10th reduced the deficit again and with Hataoka unable to pull away as the inward nine continued Lee remained within reach.

Unfortunately for Aussie golf fans Lee’s birdie putt from 15 feet shaved the edged of the cup, finishing level with Korean Eun-Hee Ji in a share of second at 15-under par with a closing round of 3-under 68.

“I think playing under pressure is where I belong, this is where I excel,” said Lee, who began the week ranked No.9 in the Rolex Women’s World Golf Rankings.

“Hopefully I have a lot more times that it can bring the best out of me.

“There are so many more positives than negatives out of this week.

“I missed a couple birdie opportunities today that I probably should have made.

“All day I was thinking about the missed putts I had and going into the back nine I just wanted to get to 16-under. I got to -15, so I was close but in this situation I still did play well.

Su Oh followed up a second round of 5-under 66 with a 4-under 67 to climb into a share of 25th, Sarah Jane Smith matched Oh’s round of 4-under 67 to finish tied for 34th while first round leader Katherine Kirk faded to a 6-under par total and a share of 42nd.

Elsewhere this week Anthony Quayle recorded his best finish on the Japan Golf Tour in almost two years at the Panasonic Open, finishing tied for 11th to lead the Australian contingent.

Set up by a brilliant round of 64 in the second round, Quayle closed with a round of 1-under 71 to finish just outside the top 10, his fourth top-20 result in his past six starts.

Novocastrian Blake Windred moved up three places in the Challenge Tour’s Road to Mallorca points race with a top-30 finish at the Open de Portugal and Stephen Leaneywas the top Aussie at the Champions Tour’s Pure Insurance Championship, finishing tied for 13th at Pebble Beach as Kiwi Steven Alker logged his fifth consecutive top-10 in just five starts on the seniors tour.

Article courtesy of the PGA