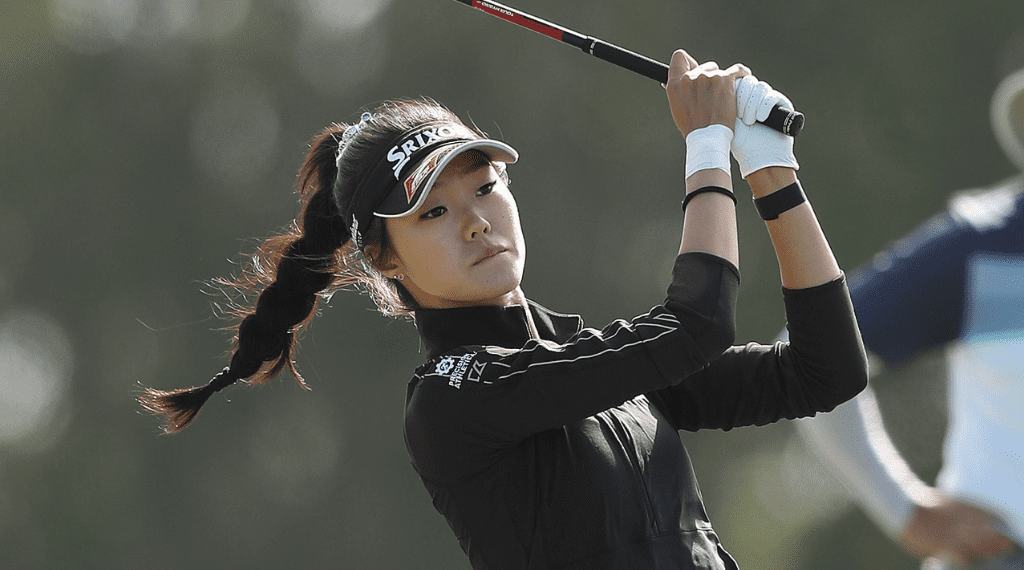 Sydney’s Grace Kim has all but secured her promotion to the LPGA Tour in 2023 with her third top-five finish of the season at the FireKeepers Casino Hotel Championship in Michigan.


Two back at the start of the final round at Battle Creek Country Club, four birdies kept the 21-year-old within two of the lead with just four holes to play.

A bogey at the par-5 15th would ultimately bring her chances of a second win this season to an end, a birdie at the par-4 17th helping to wrap up a tie for third two shots out of the playoff won by China’s Xiaowen Yin.

Victorious at the IOA Golf Classic in May, Kim was tied for fourth at the Ann Arbor's Road to the LPGA tournament. Her latest top-five finish solidifies her position in third place on the Race to the Card standings and puts her $24,000 clear of 10th.

The top-10 at season’s end will earn promotion to the LPGA Tour in 2023 and with just eight events remaining, Kim is one good finish shy of ensuring she will mix with the elite of women’s golf on a weekly basis next year.

After both made the cut in Michigan Gabriela Ruffels (T30) and Sarah Jane Smith (T38) are 13th and 14th respectively on the moneylist, Robyn Choi moving to 18th spot after finishing in 22nd position.

Meanwhile, World No.2 Minjee Lee closed with a round of four-under 68 at the Trust Golf Women’s Scottish Open to carry momentum into this week’s final major of the year, the AIG Women’s Open.

Three birdies in her opening six holes had Lee making a move, a move that stalled with a run of five straight pars.

She had two bogeys and three birdies in her final seven holes to end the week in a tie for 18th, now moving on to Muirfield for the final major of the year.