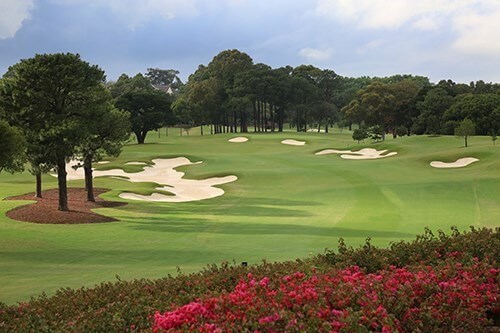 It is with great delight that Golf Australia confirms the Australian Open will be played in 2021.

The battle for the time-honoured Stonehaven Cup, one of world golf’s oldest trophies, will take place at The Australian Golf Club in Sydney from 25-28 November.

It is the week before the Australian PGA Championship at Royal Queensland, giving the ISPS Handa PGA Tour of Australasia a two-week block of world-class golf.

Golf Australia chief executive James Sutherland was excited to announce the 105th edition of the national championship would be played in Sydney after a year’s hiatus caused by the Covid-19 pandemic.

“The Open has been a focal point of the Australian summer for decades and we’re extremely pleased to bring it back,” Sutherland said.

“It was tough for all involved to miss out last year, particularly for players without their national championship on offer and for fans who simply want to see the best golf has to offer.

“So we’re thrilled to have the support of our stakeholders to be able to bring the championship to life once more, particularly at The Australian for a record 22nd time.”

Minister for Investment, Jobs, Tourism and Western Sydney Stuart Ayres said the NSW Government was committed to building a world-class calendar of events to drive visitation to the State.

“Hosting major events like the Australian Open provides a huge injection into our visitor economy and events industry by creating jobs and attracting visitors from all over the country to Sydney.

“Within minutes of leaving the tournament, Australian Open spectators, officials and players will find themselves at one of the Harbour City’s world-class restaurants, hotels or beaches.

“This iconic sporting event always generates great interest globally, as well as for those who venture to Sydney to watch,” Mr Ayres said.

“It’s fantastic that we have so much support to get the tournament up and running again – we owe a debt of gratitude to all our stakeholders and can’t wait to bring the event to life again in November,” he said.

The Open’s 2020 edition was originally scheduled to be played at Melbourne’s Kingston Heath, then postponed from November to February this year, but later cancelled because of the pandemic.

It was the first time the event – the world’s fifth oldest professional tournament – had not been staged outside the two World Wars, having first been held in 1904.

The Australian Open is a flagship tournament on the ISPS Handa PGA Tour of Australasia. The winner will receive a minimum of 32 Official World Golf Ranking points.