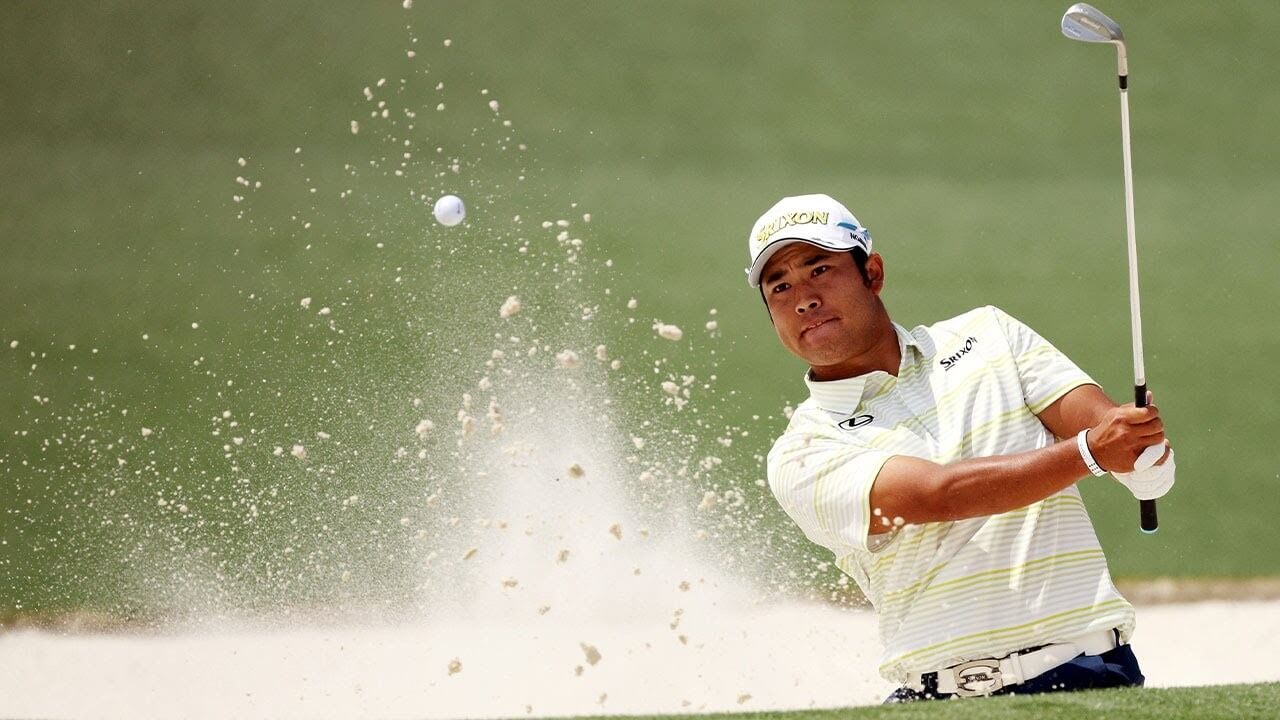 An analysis of professional golfers and how they react to their hole-by-hole play has given Macquarie economists a useful insight into human performance – namely, that emotional control is a key to improving it.

Winning streak: The 2021 US Masters winner Hideki Matsuyama of Japan ... Macquarie research has underlined the importance of psychological skills for top golfing performance.
Dr Paul Crosby and Dr Andrew Evans, lecturers in Economics at Macquarie Business School, used data from about 120 men’s and women’s professional golf tournaments over two seasons from the top tours in the United States to study the impact of both bad and good play on pro golfers’ ensuing performances.

“Our angle here was that golf can be measured hole-by-hole,” says Crosby. “The idea was that bad play should engender negative emotions and we looked at how that affected performance on the next hole. We used the data as a proxy for emotional responses.”

The researchers tested for the existence of the so-called ‘hot-hand’ effect by examining whether a good score on a prior hole had a positive effect on the score on the next hole.

Even the top pros display the lingering effect of recent bad play. The mechanism for this outcome could be a loss of confidence or composure.
They similarly tested for the ‘cold-hand’ effect – that is, whether a bad prior hole increased the chance of another bad hole.

“While we didn’t find evidence of a hot-hand effect, there is a statistically significant cold-hand effect, especially on a hole following a double-bogey (two shots over par) or worse,” Crosby explains.

“Even the top pros display the lingering effect of recent bad play. The mechanism for this outcome could be a loss of confidence or composure, or other psychological effects.

“We found that our measure of a cool head (low sensitivity to prior performance) was related to better scoring, whilst a tendency towards streaky play (hot and cold hand) was related to worse scoring.”

Wired and emotional
The researchers suggest the results provide empirical support for the notion that performance training should incorporate psychological skills, including strategies for controlling emotional responses to success and failure in the short run.

Easy does it: The researchers used data from about 120 women and men's tournaments held in the US, and failed to find evidence of a 'hot hand' effect. “Our analysis indicates one of the keys to improved performance and avoiding negative thinking is emotional control,” says Crosby.

“It’s about not changing your approach to the next task when something goes wrong,” advises Evans. “Remember what you are good at and don’t let outside thoughts impact what you know you can do. Reset and do exactly what you trained for.”

It’s important to remember our research is about highly skilled tasks. There is not much point in, say, baristas psyching themselves up for every latte. However, the researchers point out, just being positive doesn’t make you elite. Despite what is said about the power of positive thinking, a firm belief that you can be the next 100-metres Olympic champion won’t make it happen.

“But the research does indicate there is something on the negative side; if you get into a negative funk, there is a feedback mechanism that can impair your performance,” says Evans.

What’s golf got to do with economics?
“Fundamentally, sport – in this case golf - is an ideal environment for a study such as this, where we’re measuring the impact of emotions on performance. This is informative for an economist,” says Crosby.

“The connection between economics and the psychology of why humans do things is important,” says Evans. “People regularly have to make choices between things like work and leisure, or consumption versus saving.

"Emotions and confidence are often thought to affect the choices people make, and their ability to perform tasks. This study is interesting because it uses sports data to give a direct insight into how confidence can affect performance.”

As far as applications for the business world are concerned, “it’s important to remember our research is about highly skilled tasks. There is not much point in, say, baristas psyching themselves up for every latte,” says Crosby.

“It also focuses on the short-term; a five-ten-minute time frame,” adds Evans. “In a business context, there could be a parallel for a manager who must make an important decision within minutes of making a mistake, but further research would be required to confirm this.”